Raksha Bandhan 2019: When Is Rakhi? Significance Of Rakhi And Foods To Celebrate

Rakshabandhan is an Indian festival that is dedicated to this beautiful bond between a brother and a sister. This year Rakshabandhan would be celebrated on 15th August 2019. 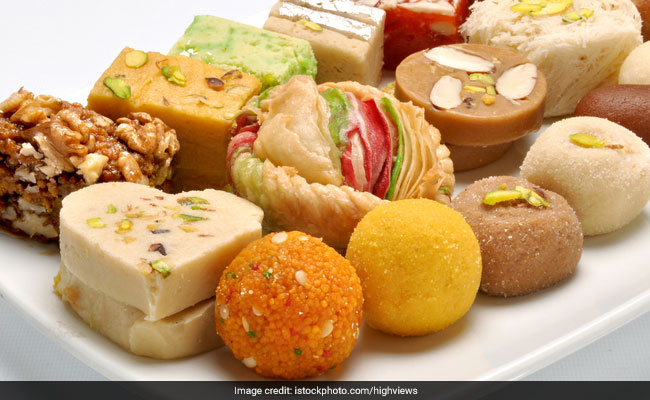 Rakshabandhan translates to the 'bond of protection' in Hindi.

There are times you cannot tolerate the sight of your sibling around you, and then there are days you would leave that last chocolate piece of chocolate for your sister, or lie to your parents' about your brother's whereabouts so that he does not land in soup. In a nutshell, there is no relationship like that of siblings. Rakshabandhan is an Indian festival that is dedicated to this beautiful bond between a brother and a sister. This year Rakshabandhan would be celebrated on 15th August 2019. There are many legends associated with Rakshabandhan. In fact, the rituals that are carried out to celebrate the festival also vary from region to region. Here are some interesting titbits about the occasion you may enjoy.

When Is Raksha Bandhan Or Rakhi?

This year Raksha Bandhan would be celebrated on 15th August 2019.

This year Rakshabandhan would be celebrated on 15th August 2019.

Significance Of Rakshabandhan And Foods To Celebrate

Rakshabandhan translates to the 'bond of protection' in Hindi. On the day of Rakshabandhan, brothers and sisters wake up early. Sisters apply a tilak on their brother's foreheads. Next, they tie Rakhis on their brother's wrist. Rakhi is a decorative thread that symbolises the bond of protection. Upon wearing the Rakhi, brothers promise to protect their sisters against all adversities. Post the Rakhi tying ritual, brothers also shower their sisters with amazing gifts and sweet treats.

Rakshabandhan is one of the oldest festivals celebrated in the subcontinent. According to scriptures, Alexander's wife Roxana, sent a Rakhi for King Puru in India and pleaded him not to harm Alexander. Puru promised her that if he encounters Alexander on the battlefield, he would not use his weapons to harm him. Then, there is this other legend of Rani Karnavati and Mughal emperor Humayun. To save her fort from invaders, Rani Karnavati sent Rakhi and an emotional plea to Humayun. Humayun did not only accept Rani Karnavati as his sister but also send his army for help. In Mahabharata, when Lord Krishna had  a minor injury in his hand after killing King Shishupal with his Sudarshana Chakra, Draupadi tore a piece from her Dupatta and tied it round his finger. Lord Krishna told her that he is in debt of her kindness and promised to protect her in future.

Rakshabandhan translates to the 'bond of protection' in Hindi.

During the time of Bengal partition, Rabindranath Tagore encouraged Hindu and Muslim women to tie Rakhis and make brothers from other communities. He did this in order to placate the communal tensions that were on the rise.

Rakhi, like any Indian festival, is a time to indulge and celebrate. People celebrate with many Indian mithais like ladoos, barfi and rasgullas. They also have a decadent lunch later in the day, packed with the best of Indian cuisine (read: dal, kofta, paneer, pulao etc.).