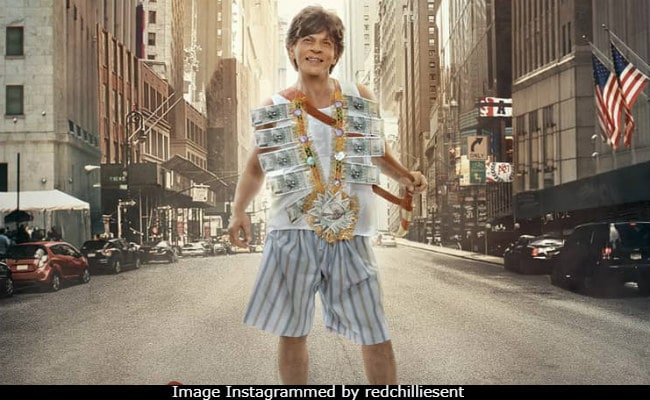 Bollywood superstar Shah Rukh Khan is celebrating his 53rd birthday today and his fans just can't keep calm. The fact that the trailer of his much-awaited upcoming release 'Zero' is going to be launched today, makes this day, much more special. The film also stars Katrina Kaif and Anushka Sharma, and in the film Shah Rukh Khan is going to be playing the character of a person with dwarfism by the name of Bauua Singh. The film is going to release on December 21, 2018, around Christmas and it promises to be another blockbuster in Shah Rukh Khan's kitty. The dapper star, who is known to be experimental with his roles and has made fans across the globe, due to his phenomenal acting chops, has kick-started his birthday celebrations, by cutting a cake with his family- wife Gauri Khan and kids Suhana Khan, Aryan Khan and AbRam Khan.

Late last night, Shah Rukh Khan shared pictures of himself feeding cake to his wife, while his fans also shared a small sneak peek of how they are planning to celebrate the superstars' birthday. The picture of a small figurine shaped like Bauua Singh from 'Zero' started doing the rounds on social media last evening. The figurine is reportedly going to be used to top a multi-tiered cake that fans will be cutting to celebrate Shah Rukh's birthday.

Doesn't that look amazing? We just can't wait to see what the finished cake looks like. Meanwhile, filmmaker Karan Johar and Bollywood star Aamir Khan have already reviewed the trailer of 'Zero', tagging the movie as a blockbuster. While Karan Johar called Shah Rukh's character in 'Zero' as "the most endearing character of his career", Aamir Khan called the trailer outstanding and said that Shah Rukh had outdone himself in the movie. Well, we can't wait to watch the trailer ourselves!