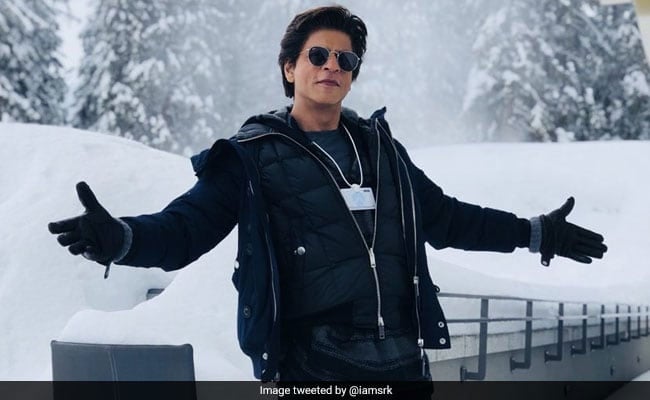 Shah Rukh Khan, or as he is referred to by his fans, King Khan, turns 53 today and the superstar just dropped two more posters of his upcoming release 'Zero' as an early return gift to his fans. He will be seen opposite Katrina Kaif and Anushka Sharma, in what looks like a truly quirky and unique film plot. Shah Rukh Khan is a trailblazer in the film industry in India and has fans and followers all over the world, all of whom are eagerly awaiting the release of Zero. Shah Rukh Khan is also known for his super fabulous and fit looks in his films, like his iconic six-pack abs look from the film Om Shanti Om that has been etched in our collective memories. The North Indian in Shah Rukh Khan loves food, but the professional actor in him practices restraint and eats healthy, most days of the week. After all, it's not easy to look as dapper and as young as Shah Rukh Khan does even at the age of 52!

1. Lean Meats:Shah Rukh Khan doesn't have the healthiest diet in the world, as he once blatantly confessed on Twitter that he skips breakfast. But when it comes to loading up on protein, he does it right with lean cuts of meat like skinless chicken and turkey.

2. Egg Whites: Shah Rukh's diet is rich in proteins and is lean on carbohydrates, which allows him to stay such lean and fit. Egg whites are one of the healthiest ways to load up on protein, as they are also rich in a number of essential minerals and vitamins.

3. Fruit Juices: Shah Rukh's trainer and nutritionist Prashant Sawant says that the actor has the energy of a 25-year-old. Fruit juices are the secret to his high levels of energy, as they are loaded with natural sugars and nutrients.

4. Legumes: Another way Shah Rukh Khan loads up on protein is by consuming legumes. These foods are also rich in B-group vitamins, iron, calcium, zinc, magnesium, folate, saturated fats and even antioxidants. These are important to keep the various systems of your body functioning at optimal levels, allowing you to workout in a proper manner.

5. Grilled/Raw Veggies: Vegetables are loaded with fibre, which is one of the most important nutrients for people who want to keep fit. Vegetables keep you full for longer, eliminating the need to eat more often. Grilling veggies is the best way to make the nutrients available for absorption by the body, without killing them.

Shah Rukh Khan loves his coffee and he has confessed that the popular beverage is somewhat an obsession with him. The actor also loves home-cooked food and stays away from refined grains and artificial sweeteners. We wish Shah Rukh Khan a very happy birthday and wish he continues to inspire and entertain us!