Shahi Tukda: The Mughlai Bread Pudding We Can't Get Enough of

Made by frying small pieces of bread, dipped in condensed milk, and dry fruits and infused with a hint of cardamom, Shahi Tukda is the ultimate winter dessert to snuggle with. 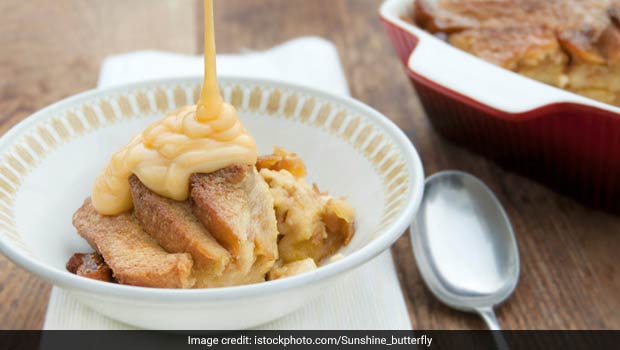 In their reign lasting 400 odd years, Mughals gave India many an architectural, literary and cultural marvel. While the Mughal kings and aristocrats worked relentlessly to establish themselves in many areas related to music and arts, a glorious chapter of history was being written in their Royal kitchens too. From Boti kebabs to Galouti, from Awadhi Biryani to Kadhai Murg and Murg Shahi Korma, the culinary genius of the Mughal kitchens is a thing to celebrate. But there's more to Mughal cooking than just their lavish meaty-fare. Prime example is the decadent, desi version of the bread pudding - Shahi Tukda - which was also conceived and crafted during the Mughal era. Shahi Tukda, translates to 'a royal piece' or a 'royal bite', and we think there could not have been a name more befitting for a delectable dessert as this. Made by frying small pieces of bread, dipped in condensed milk, and dry fruits and infused with a hint of cardamom, Shahi Tukda is the ultimate winter dessert to snuggle with.

There are several theories about the origins of the dessert. Some say that the dish travelled with Babur in the 16th century, while some say it could well be a desi take on the bread pudding that was popular across central Asia and Africa in the medieval times, brought home by Babur and his troupe.

There are many speculations stating a possible link between the baked Egyptian bread dessert Umm Ali and Mughlai Shahi tukda. According to a legend, when the king and his troupe were on one of their hunts, they stopped by river Nile and the adjoining village to have some food. The ecstatic villagers called the local cook to cook a meal for the royalty. Umm Ali took some stale bread, and with the help of some cream, milk, sugar and nuts whipped a dessert which had the hungry guests licking their fingers. The bread pudding then travelled across Middle-east Asia and became a popular relish.

Shahi Tukda is a staple across all Iftar and Eid spreads. Muslims who observe their roza during the holy month of Ramzan, often break their fasts with a hearty helping of Shahi Tukda. Instead of throwing away leftover bread, the Mughal Khansamas came up with an ingenious idea of using it by cooking the loaf in ghee and top it with a creamy and delicious delight of condensed milk and aromatic flavours of saffron, cardamom and rose water. Garnished with a chunk of nuts like almonds pistachios, cashews and decorated with silver or gold varq, the dessert was said to be one of the favourites of the royalty family.

Shahi Tukda also has a Hyderabadi cousin in 'Double ka Meetha'. Resembling each other in taste and presentation, there is not much difference between Double ka Meetha and Shahi tukda except in terms of thickness, the former is slightly fluffier. In the colloquial language of Andhra Pradesh, Bread is called double roti and hence the name of the dish- 'Double ka meetha'

Here is recipe and video that can help you cook the royal dessert in the comfort of your own home!