Parsi cuisine is known for its non-vegetarian dishes. So here are a few Parsi dishes that just happen to be vegetarian. 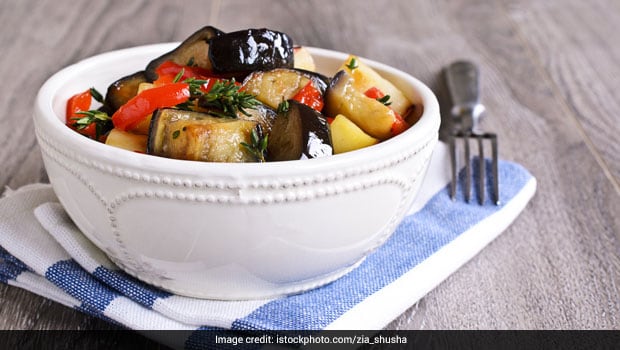 When I told my father that I wanted to write a story on Parsi vegetarian dishes, he screwed up his eyes, and then said, "That's tough! You will have a lot of combing through recipes to do." Then I told my friend, who looked blankly at me and asked, "But why? Where's the fun in that?" Last of all (and I should have done this first), I told my mother, who laughed and gave me a whole bunch of recipes that she regularly makes at home.

So here they are, a few Parsi dishes that just happen to be vegetarian.

This Parsi recipe is so simple that it is a crying shame more people don't make it at home. This was also a favourite recipe of my great aunt; Bombay's Bhaji Gully was a mere hop from her house, and it is where she always bought the bananas from. This is surely one of the best Parsi vegetarian dishes.

Peel and cut 6 very ripe, yellow-skinned bananas into 4 to 5 pieces. Heat the ghee, either in your regular saucepan or a kadhai, and when it heats up, add the bananas, but just a few at a time, and spacing them out, so they don't become one sticky mass. When the bottom crust fries to a red, turn them over carefully. When both sides are red, remove and drain on a paper napkin.

Parsi New Year: This Parsi recipe is so simple that it is a crying shame more people don't make it at home

This is our version of Aloo Poori, and is meant to be eaten with pooris. You can always add or subtract chillies, as per your taste.

Parsi New Year: This is our version of Aloo Poori, and is meant to be eaten with pooris

This Parsi dish is often known as Lagan Sara Stew, as it used to be served at celebratory wedding meals ('lagan' means wedding). It is a sweet and sour stew, made mostly with root vegetables. (Other recipes call for the addition of bananas, green peas, even capsicum or papdi, but we are purists, and don't add any of that.)

Bharath -This is our version of a baingan bharta.