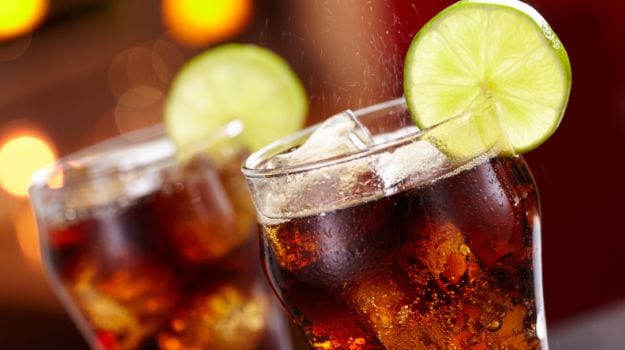 It is not a new thing that we, the developing countries, have been trying to ape the West for decades now, and in every possible way – right from lifestyle choices to food habits. Don’t be just love French fries and burgers, or find every little excuse to not dig into our plate of dal-chawal? But what we fail to remember is that everything comes with consequences.

According to an international team of researchers, the global diet is getting sweeter particularly when it comes to beverages, warning that added sugars of all kinds are increasing rapidly in the diets of people living in developing countries.

On the contrary, many high-income countries despite being among the highest sugar consumers are beginning to see a slight decline in sugar consumption.

"Sugar consumption is rising fastest in low and middle-income countries in Latin America, the Caribbean, Africa, the Middle East, Asia and Oceania,” the authors wrote in The Lancet Diabetes & Endocrinology journal.

"The four regions with the current highest consumption are Latin America, North America, Australasia and Western Europe, though intakes are beginning to decline in the latter three,” they noted.Previous research has shown that consuming foods and beverages with added caloric sweeteners is linked to an increased risk of weight gain, heart disease, diabetes and stroke.

"The added sugar comes from hundreds of different versions of sugar, all of which have the same health effect,” said professor Barry M Popkin from the University of North Carolina. He cautions that in the absence of intervention, the rest of the world will move towards a similar pervasiveness of added sugars in the entire packaged food and beverage supply.

After analysing nutritional datasets from around the world, the authors found that trends in sales of sugar-sweetened beverages around the world are increasing in terms of calories sold per person per day and volume sold per person per day. Because of the major health risks associated with added caloric sweetener consumption, the World Health Organisation (WHO) is promoting major initiatives to reduce the intake.

Listen to the latest songs, only on JioSaavn.com
Many governments have already implemented policies with this goal, including taxation, reduction of availability in schools, restrictions on marketing of sugary foods to children, public awareness campaigns and front-of-pack labelling.

While the latest data shows that many countries consume high levels of sugar-sweetened beverages, and other countries with lower intakes are seeing steep increases, the authors did find that consumption seems to be decreasing in countries with taxes on such products like Mexico, Finland, Hungary and France.

Comments"The evaluation of not only sugar taxes but also new marketing controls and front-of-pack labelling is important and represents one of the next frontiers,” they noted