Terreti Bazar: This Place In Kolkata Serves Authentic Chinese Breakfast At 5am

Having settled in Kolkata as early as the 1780s, the Chinese-Indian population has historically played a major role in defining Kolkata's cuisine. Kolkata is known for its mishit doi, rasgulla, songs and culture. But did you know it is also famous for its 5am breakfast market? 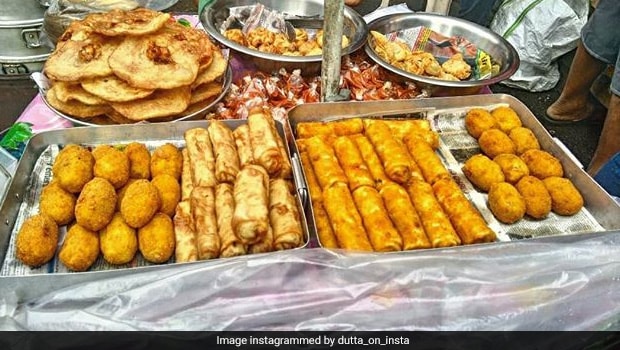 Kolkata is known for its mishit doi, rasgulla, songs and culture. But did you know it is also famous for its 5am breakfast market? If no, then you must visit Terreti Bazar, Kolkata's own mini Chinatown. As its name suggests, this place not only serves some good Chinese food, but also safeguards the heritage of local Chinese immigrant community. Having settled in Kolkata as early as the 1780s, the Chinese-Indian population has historically played a major role in defining the city's cuisine. And proof to the same is the Chinese-Indian breakfast they serve. The most popular item served in this breakfast market is steamed momo (chicken, pork, seafood and vegetables); the steamed one is served with clear soup and the fried one is served with sauce. Other than the famous momos, this breakfast lane also has delicious handmade sausages, stuffed buns, pork rolls, wantons et al.

People with different taste and likings come here to savour the delicious food. The entrance of the market is dominated by fresh vegetables and fishes. Once you enter the lane, there the magic begins.

Now, Let's Find Out Some Of The Very Famous Foods You Can Get In Terreti Bazar:

Momos and dumplings need no introduction. It is available with pork, chicken or fish stuffing. Both the steamed and crispy fried momos taste best with the soup and sauce they served alongside.

Wontons are somewhat same as fried momos, but differ in shape and size. It is served only with sauce.

It is a bun, stuffed with pork or fish. Although the bun taste a little bland, but the filling inside the buns will surely surprise you. Just add some sauce and eat the buns.

As the name suggests, it is a soupy noodle with lots of green veggies and veg/chicken stock.

Sometime the simplest of the recipes have the best taste and that goes perfectly for pork rolls and pork chops. This deep fried crispy dish is the ultimate delight for a pork lover. It is also available in fish variety.

These are kind of pancakes with vegetable fillings.

(Also Read: Eat Your Way Through Old Delhi With This Perfect Culinary Itinerary)

How To Reach Terreti Bazar?

This market opens early in the morning and gets closed by 8-8:30 am. The market starts a bit late on Sundays. Terreti bazar is in the Chhatawala Gully just beside Poddar Court, near Lal Bazaar police headquarters; the closest metro station is Central metro station. The exact location of Terreti Bazar is in between Central and Lal Bazar. Take a metro, get down at Central metro station; take the Poddar Court exit and it is just a five-minute walk from there.

So, this time, if you are visiting Kolkata, try not to miss this experience of early morning Chinese breakfast at Terreti bazar.