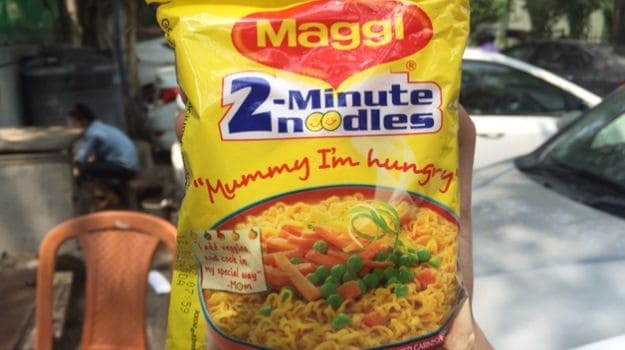 United Kingdom's food safety agency has decided to test a few samples of Maggi noodles. According to a number of reports based on tests conducted in several states in India, the popular snack sold was found to have lead content above permissible limit. However, The Food Standards Agency (FSA) stressed the move was a precaution and there were no concerns over the safety of Maggi products sold by Nestle UK.

"The FSA has taken the decision to test for levels of lead in Maggi noodles as a precaution, following the incident in India," a spokesperson for the government agency told PTI. "We are currently working with Nestle and the European Commission to investigate a report of higher than expected levels of lead and undeclared MSG in Maggi Noodles," an FSA statement said. Maggi, a popular brand of noodles manufactured in India, was banned in several Indian states after high levels of lead and excessive amount of taste enhancer such as monosodium glutamate (MSG) were detected in the instant snack.

Meanwhile, Nestle UK stressed that Maggi products sold worldwide were "completely safe." It said in a statement, "Nestle UK and Ireland is working closely with the Food Standards Agency and the local authority. As a precautionary measure the FSA have requested testing of Maggi noodle products in the UK. The UK and Ireland market currently import only one flavor of 'Maggi 2 Minute Noodles' (masala flavor) from India. The batch of noodles originally tested by the authorities in India is not sold in the UK or Ireland. Other flavor Maggi noodles are not imported from India but from other Nestle factories in other countries."

"Maggi Noodles are completely safe and have been trusted in India for over 30 years. The trust of our consumers and the safety of our products is our first priority", said Nestle's Global CEO at a press conference held in New Delhi.

Promoted
Listen to the latest songs, only on JioSaavn.com
The ban on the instant noodles in Delhi is likely to spark fears among consumers in Britain, largely of Indian descent, who buy the 'masala flavor' pack imported from India from two major supermarket chains in Britain -- Tesco and Morrisons. "We have not been notified of any issue with this product. We are currently looking into it," said a spokesperson for Morrisons. Tesco called it a non-issue as the products sold in the UK are not affected. The noodles sold in the UK are sourced from a different factory in India than that of the products in the report, they said. The popularity ofthe masala flavor traveled with the NRIs based in the UK.