The origins of this steamed coconut custard pudding can be traced back to Malaysia. 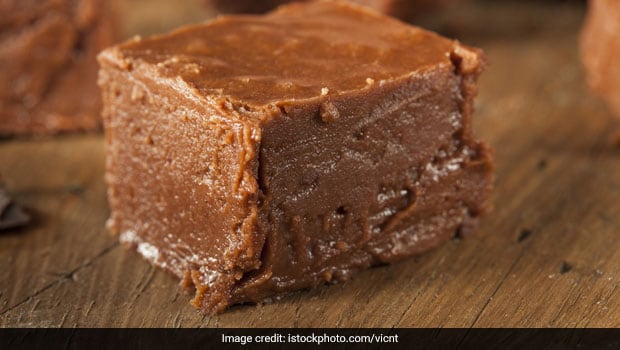 It's common to find watalappan served with a sprinkling of cashews

There are many cities in the world where I feel instantly at home; Colombo is one such city. Centuries of Colonial rule (The Dutch, Portuguese and the British were all here) have left their stamp on the city's architecture and culinary scene. There are many similarities between local cuisine and food from Tamil Nadu and Kerala. During my last visit here, it was a Sri Lankan dessert that ended up becoming the focal point of my food trails within this vibrant city with a warm, friendly vibe. A trail that took me to the Dutch Burgher Union, a colonial-era club where a large section is open to the public.

It's here that I tried one of the best versions of Sri Lanka's well-known dessert - watalappan (or watalappam). According to a couple of local culinary experts I met in Colombo, the origins of this steamed coconut custard pudding can be traced back to Malaysia. The dish is believed to have been brought to the country in the 18th Century by Sri Lankan Malays who moved from Indonesia when large parts of coastal Sri Lanka were under Dutch control. Today it's a dish that has come to be strongly identified with Sri Lanka's Muslim community and is a part of a traditional Eid-al-Fitr (marking the end of the fast of Ramadan) feast in many Muslim homes in the country.

Later during the same trip, I tasted a delicious version of the watalappan at the Shangri-La hotel in Colombo (see recipe). I caught up with the culinary team on the ingredients that make the perfect watalappam. Kitul jaggery (similar to karupatti or palm jaggery in Tamil Nadu or Nolen Gur in West Bengal) and coconut cream are the key ingredients. Unlike a creme brulee or a caramel custard, this dessert doesn't need any caramelisation since it uses jaggery instead of sugar. This dessert gets its light-as-air texture from the eggs. Apart from the jaggery, the watalappan also gets its distinct flavour from the subtle hint of spices. I've tried homemade versions in Sri Lanka and in Tamil Nadu (this dessert is also served in a few homes here) where only cardamom powder is used and a few versions (like our recipe) that feature additional spices. This recipe is relatively simple but make sure you source good quality jaggery before you attempt this at home:

- Preheat oven to 160 degree C.
- Brush ramekins with a thin layer of oil.
- Add all spices and jaggery to the coconut milk.
- Heat up the coconut milk to 80 degree C for around 10 minutes and allow the spices to infuse the coconut milk and the jaggery to fully dissolve.
- Meanwhile, separate the egg yolks from the whites.
- Beat the egg white until soft peaks are formed and set aside.
- Take the coconut milk off the heat, strain to remove spices and let it cool down to 60 degree C.
- Whisk in the egg yolks and continue to cool the mixture to around 5 degree C.
- Gently fold the whipped egg whites into the mixture and fill into the ramekins.
- Add a thin layer of water on your baking tray to avoid overcooking of your watalappam.
- Add the ramekins to the preheated oven and bake for 30-40 minutes.
- Remove the watalappam from the oven and allow it to cool down for 15 minutes and sprinkle your cashew nuts evenly on top of the surface (optional step).

Traditionally this is a steamed dessert but over the last few decades, many homes and restaurants have switched to baking the watalappan. Aside from variations in the use of spices, the garnish for this dessert also boils down to personal preferences. It's common to find watalappan served with a sprinkling of cashews, but I prefer it without the nuts. Of course, both versions are equally delish.