What is Jaggery (Gur) and How is it Made?

There's a larger variety of seasonal goodies to chose from. One of the foods that you can add to your diet is jaggery or gur. Winter is the best time to savour this traditional indian favourite. 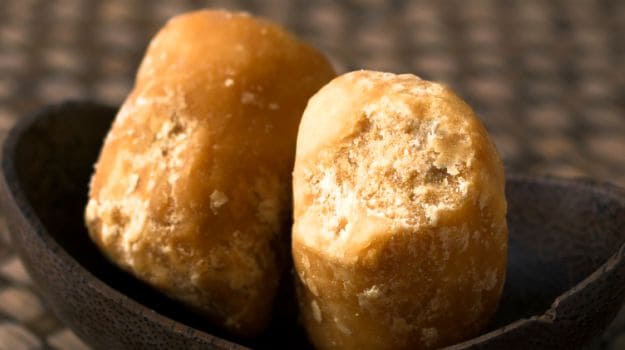 Highlights
Winter is coming and it is time to gear up to brave the cold months ahead. Nature has its own way of offering comfort through foods specific to every season; be it fruits, veggies, nuts or spices. In the winter months, one looks for foods rich in Vitamin C to fight the cold and flu, green veggies like spinach and methi provide the much needed iron and protein and traditional preparations like chikki and laddoos are known to be warming foods. There's a larger variety of seasonal goodies to chose from. One of the foods that you can add to your diet is jaggery or gur. Winter is the best time to savour this traditional indian favourite. Apart from keeping the body warm, gur is an age old digestive and is also known to be excellent for issues related to the respiratory tract. Jaggery or gur, is made from unrefined sugar, automatically making it a healthier and better version of white sugar. Have you ever wondered how jaggery is made and how is it different from white sugar that we generally consume? Here's a guide on what jaggery is and how it is made.

What is jaggery (gur)?

Jaggery is a sweetener that is made from sugarcane; it is also known as unrefined sugar, which is prepared without the separation of molasses and crystals and is mostly produced in India and Africa. The colour of the gur ranges from golden brown to dark brown in colour. It is used to make several Indian desserts and is known as a healthy replacement of sugar, primarily because it is unprocessed. It may not look very appealing to some, but it does have various health benefits to look out for.

Jaggery is a sweetener that is made from sugarcane​
How is jaggery (gur) made?

Jaggery is commonly made from sugarcane, the process follows only three steps to prepare it.

These are extraction, clarification and concentration. We give you a detailed explanation of how it is produced -

White sugar, on the other hand, is processed many times to form tiny crystals. The process includes crushing sugarcane to produce juice, partial purifying of the juice, melting and filtering to remove impurities, crystallizing sugar from syrup and finally drying of sugar crystals further making them edible.

Did you know jaggery is not just a result of sugarcane juice? But it is also made with date palm popularly known as nolen gur or patali gur and is very popular in the eastern parts of India, especially West Bengal. Nowadays, even the sap of Sago palm and coconut palm are used to make jaggery, but are rarely available or heard of. The process of making jaggery in all these cases may be almost the same; however the colours of the jaggery may vary; the colours may range from golden brown to dark brown, off-white to pale yellowish white and light brown.

How much jaggery should you consume in a day?

Jaggery contains carbohydrate and sugar content and is free from any chemical processing. Hence, according to expert nutritionist Dr. Rupali Datta, you can have six spoons of any form of sugar, be it refined or unrefined both; 10 grams of jaggery should be enough for daily consumption.

While jaggery is a healthier more nutritious form of sugar, it is still recommended that one should not go overboard and consume too much of it. Ensure a moderate consumption on a daily basis to attain it various health benefits.