White's 'Champagne' Does the Job 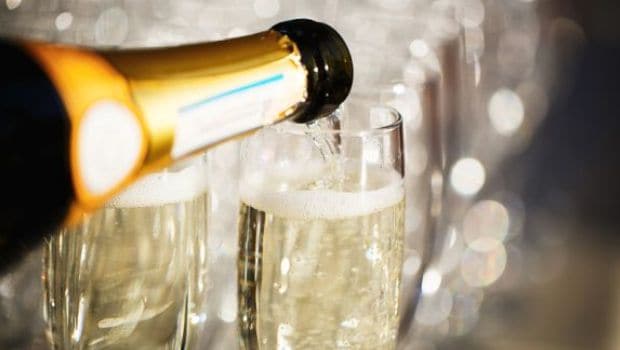 Highlights
A winery owner once asked me to name my "desert island wine" - the one I would choose if I could have only one for the rest of my life. He didn't expect me to immediately say "Champagne!"
We typically don't think of champagne as a no-occasion wine, which may have been why he was surprised. We drink it for a wedding toast and at midnight on New Year's Eve (and not necessarily to celebrate being stranded on a desert island). But champagne is so much more.

It can turn a bad day into a wonderful evening, a minor setback into a victory. It pairs beautifully with a variety of foods. Yet we don't think of it as an everyday drink, a partner to a meal - and that's unfortunate.

Champagne is a remarkable food wine, excellent with much more than oysters and caviar, two traditional pairings that connote luxury. (Strawberries, too - at least at Wimbledon each summer, presumably with a sweeter style of champers.) It offers as much complexity in styles and terroirs as Burgundy or Bordeaux.

David White shares an enthusiasm for the world's classiest bubbly in his delightful new book, "But First, Champagne" (Skyhorse Publishing, 2016). White, the District-based founder of the award-winning wine blog Terroirist, has penned an indispensable guide to the French region and its wine.

"I've been completely infatuated with wine for about a decade now," says White, 34. "After a few years, I realized my palate was taking me to France, especially to a narrow corridor running from the northern Rhone Valley up through Beaujolais and Burgundy to Champagne."When he's not writing about wine, White is co-owner and chief operating officer of Keybridge Communications, an issues-advocacy public relations firm. A few years ago, a friend planning a trip to Champagne asked White to recommend a good guidebook on the region. "I couldn't find one, even though my shelves were full of wine books," White said. "That planted the seed for this book. Then I went on vacation to Champagne, and I wished I had that book."

That was 2014. White signed a contract late last year and wrote the text in four months to get it published in time for this year's holiday season, the time of year when the majority of champagne is sold in this country.

The book may have benefited from the rushed schedule. White deftly guides us through the wine's history without delving too far into minutiae. He describes how champagne became the drink of celebration when Clovis was crowned the first king of France in Reims in the year 496 and the race with the English a millennium later to capture bubbles in the bottle (and create bottles strong enough to hold those bubbles without exploding) - all in just a few, and just enough, pages.

We learn how the economics of production led to the rise of the big champagne houses, familiar names such as Moët & Chandon, Ruinart and Mumm, which dominate the industry even today. In sidebars throughout the book, White explains the more geeky aspects that don't fit easily into a chronological history, such as how to read a champagne label or open a bottle without "popping" the cork.

Most important, we meet the renegade farmers who make their own wines instead of selling their grapes to the large houses, the "grower champagnes" that show the same individualistic terroir and character as the famed single-vineyard wines of Burgundy.

White's passion is clearly with these small growers, whose wines are denoted by the production code beginning with the letters "RM" on the label. He devotes most of the second half of his book to brief profiles of his favorite producers. This is the guidebook to go with the history. And while grower champagnes were introduced to Americans by importers Kermit Lynch in the 1980s and Terry Theise in the 1990s, White follows their history back to the early 1920s and 1930s, with Salon and Philipponnat.

He's also a fan of blanc de blancs, the champagnes made exclusively from chardonnay. In the Côtes des Blancs, a part of Champagne where chardonnay is king, "you can scratch the soil and get chalk under your fingernails," he says. "The wines have all the crunchiness and minerality of a great Chablis, the depth and concentration of the greatest white Burgundies.
"They have bubbles," he adds. "And bubbles are fun."