Will Maggi Noodles be Back on the Shelves? Story So Far 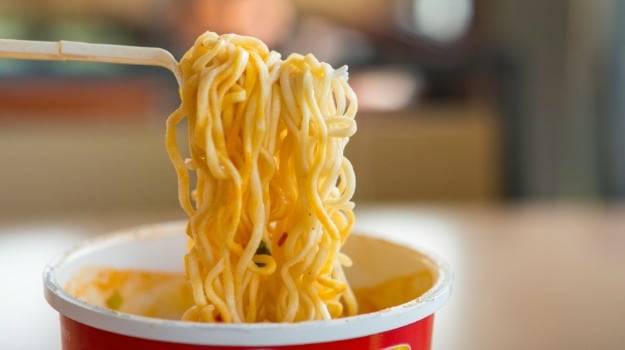 Nestle India announced on Friday that a hundred percent of the Maggi instant noodles’ samples tested in the three laboratories recommended by the Bombay High Court have been found safe for consumption. This comes as a huge victory for Nestle India and for those who’ve missed Maggi. But there’s just one more hurdle Maggi noodles need to jump through.

Nestle India on Friday said all samples of its Maggi noodles have passed the required tests as directed by the Bombay High Court but it would hit the market after some time as the newly-manufactured product has to go through fresh tests.

"The manufactured products will undergo fresh tests at the three National Accreditation Board For Testing and Calibration Laboratories (NABL) labs in Mohali, Jaipur and Hyderabad. Once the tests confirm lead within permissible limits, we shall proceed with the sale of the noodles," a company spokesperson told IANS."Coming back to the market is complex and requires alignment with several stakeholders, including our suppliers, distributors and retailers, among others," the spokesperson added. On June 5, the Food Safety and Standards Authority of India (FSSAI) ordered a nationwide ban on the company's noodles on the ground that these were "unsafe and hazardous" for human consumption due to presence of lead allegedly beyond permissible limits.

"All 90 samples, covering six variants, tested by the three laboratories, are clear, with lead much below the permissible limits," the Nestle statement added.

The company assured it would continue to collaborate with the Indian food regulator, Food Safety and Standards Authority of India (FSSAI), and other stakeholders on the issue. "In compliance with the Bombay High Court orders, we will now commence manufacture and will begin selling only after the newly manufactured products are also cleared by the three designated laboratories. We are committed to reintroduce our Maggi noodles (in the Indian market) at the earliest," Nestle said.

In the past few months, Nestle conducted around 3,500 tests representing 200 million packs in national and international accredited laboratories and all reports were clear. Besides, tests in several other countries like the US, Britain, Australia and Singapore also found Maggi noodles manufactured in India safe for human consumption.

In June, the FSSAI ordered a nationwide ban on the company's noodles on the ground that these were "unsafe and hazardous" for human consumption due to presence of lead allegedly beyond permissible limits. The MNC withdrew its instant noodles from the Indian market as a result and moved the Bombay High Court against the FSSAI ban.

A division bench comprising Justices V.M. Kanade and B.P. Colabawalla in August set aside the June 5 order of the FSSAI and also quashed an order of Maharashtra's Food and Drugs Administration banning production and sale of Maggi noodles in India and the state. The court, however, ordered fresh test on Maggi noodles' samples at three independent labs across India.

Nestle India was directed to send five samples of each variant to accredited labs in Punjab, Hyderabad and Jaipur and asked the labs to give reports within six weeks. The consumer affairs ministry filed a class action suit against Nestle India, seeking about Rs.640 crore in damages for alleged unfair trade practices, false labelling and misleading advertisements.

It was for the first time that the ministry dragged a company to the National Consumer Disputes Redressal Commission (NCDRC) under the Consumer Protection Act. However, the apex consumer court on Thursday ordered fresh tests on 13 samples of Maggi noodles from nine batches to determine lead and "MSG stock glutamate" content.

Listen to the latest songs, only on JioSaavn.com
Nestle India on September 30 said that due to the ban, over 9,000 suppliers of Maggi noodles had gone out of business. Over 10,000-12,000 distributors also lost their livelihood. The company said it wished to resolve the matter as soon as possible and was "not interested in delaying it".

Suresh Narayanan, the India chief of the company, earlier said the "focus of the company is to get Nestle back on the shelves" and added that the "controversy had cast a shadow over Nestle's portfolio”. Narayanan told the media that the multinational company was targeting to get the product into the Indian market by the year-end.

CommentsMeanwhile, the shares of Nestle India rose by 5.6 percent to Rs.6,555, the biggest gain since August 5. The shares had plunged after FSSAI's recall order which resulted in the company's first ever quarterly loss in more than 15 years.