Winter Warmers: 10 foods to keep the flu away 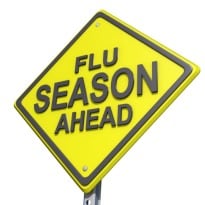 Do you know what COLD stands for? Chronic Obstructive Lung Disease. Well, I too was surprised with this rather hard hitting description. We all know what typically happens when we get a cold - our nose is runny, our eyes get watery and the head feels stuffed. We all wish that the dipping mercury was only about those colourful snugs and hugs but sadly it also brings the worst cold and flu, which can often escalate to pneumonia if not dealt properly. It is the winter months when the metabolism goes down and we slack off and tend to be more prone to these scary infections.

The good news is that a cold can be avoided if we focus our attention towards some easily available 'super-wonder' foods and herbs. These foods have nutrients that will keep our immune system on guard. At this time of the  year, those with low immunity as I am ( I am usually seen with tissues in one hand and cold-flu saving syrups on the other side) if you add simple foodstuffs to your diet, the tissue packets can be put aside.
Research proves that in winters we crave for more carbohydrates and fats, because our body needs to generate more heat, and these foods are all heat producing foods.

We bring you a selection of the top 10 ingredients that can add extra flu-fighting punch to any winter meal plan. In addition to their warming effect, they contain phytonutrients and anti-inflammatory properties that help us fight the infections and diseases.

One of the most interesting of the winter vegetables is cauliflower. It makes me think of an old Mark Twain quote that makes me chuckle. "Training is everything. The peach was once a bitter almond. Cauliflower is nothing but cabbage with a college education,"

After citrus fruits (Do I need to mention that citrus fruits  are our best bet because they are infused with Vitamin C), cauliflower is our next best natural source of vitamin C. Cauliflower, broccoli, and Brussels sprouts are all cruciferous vegetables, which means they're not only rich in antioxidant vitamins that give an immune system boost, but It's also an important warrior in the continuous battle our bodies wage against infection. It can fight off all the infections from our body by adding cauliflower dishes to our diet, as it is rich in glutathione, a powerful antioxidant. And for all the weight watchers out there who tend to worry about putting on some pounds by eating more in the winters, a medium head cauliflower is 150 calories and a large head is maybe 200 calories.

We suggest healthy sauteed cauliflower rather than boiling or steaming, as it makes it waterlogged, mushy and lose much of its flavour.

Any Indian dish is incomplete without garlic, found in almost every cuisine around the world and used by cooks for centuries. This miracle herb not only adds zesty flavour to the recipe is a must-have for your health as it is used as a medicine to prevent various diseases.

I am reminded of an Irish short poem here, it may interest you.

Garlic with May butter
Cureth all disease.
Drink of goat's white milk
Take along with these.
This is an early Irish poem from A Taste Of Ireland

Garlic has been called a natural antibiotic for its healing powers, especially against infectious diseases like cold and flu. Its cloves are said to help treat the common cold and may decrease the chances of a cold by 64 %. Raw garlic, not cooked or dried, is most beneficial for health, since heat and water inactivate sulphur enzymes, which can diminish garlic's antibiotic effects.

Next time you feel the hot chilly sensation because of spicy food don't complain and just remind yourself that it has some health benefits. Chili peppers have a high component of capsaicin; this is what produces that hot burning sensation in our mouth. Capsaicin is a natural antioxidant and helps protect against disease caused by toxins and it has been acclaimed as a great pain reliever and an aid to blood circulation. It can help fight off the flu, because it has the highest dose of vitamin C amongst all the herbs and spices out there.

Cinnamon is a great winter spice especially when combined with ginger. I have converted my morning tea into a special 'chai latte', just by adding cinnamon and ginger. Try it and considering the taste and benefits, you may never go back to old boring tea, just like me.

Cinnamon is extremely versatile, making it easy to add to our healthy diet. We can mix it into our coffee grinds for an immunity-fighting brew, add it to tea, sprinkle it on mueseli's, stir it into hot chocolate, or dust it onto fresh fruits. Cinnamon is an antiviral, antifungal, and antibacterial machine, so it does more than just boosting the immune system -- it actually fights the pathogens that cause illness. It is beneficial for warming up the body by increasing circulation.

Gorge yourself on this tasty, easy-to-get and full of health benefits. Yogurt!

One of the key jobs of our immune system is to patrol the gastrointestinal tract and prevent germs, bacteria, and other pathogens from entering the bloodstream which makes us sick. Yogurt is packed with vitamins and protein, it's also a source of lactobacillus, a probiotic (or beneficial type of bacteria) that helps fight off the bad things and also give our immune system a boost. Choose the low-fat or fat-free kind to reap the benefits without the extra saturated fat. So to keep your gut happy, eat yogurt as part of your healthy diet.

Nothing can serve and help you better than a 'kadak adraki chai'. It does give an instant relief, as it is another ingredient which will help us to fight a cold.

Ginger has anti-inflammatory properties and is a powerful natural painkiller. It reduces fevers, soothes sore throats, and encourages coughing to remove mucus from the chest. The chemicals shagaols and gingerols in ginger give it a spicy kick that stimulates blood circulation and opens our sinuses. Improved circulation means that more oxygen is getting into our tissues, which will help to remove toxins and viruses.

"To feague a horse, to put ginger up a horse's fundament, to make him lively and carry his tail well."

Feeling sluggish this afternoon, treat yourself with a green tea, it stops the adenovirus (one of the bugs responsible for colds) virus from replicating. It is often touted as the miracle drink for our mug.

Prized for its health benefits throughout Asia since ancient times,green tea has become increasingly popular in the West for its immunity-boosting properties. It has L-theanine (amino acid), that's responsible for boosting immunity. Several studies have shown that green tea has antiviral properties; one study found that taking green tea catechin capsules helped prevent health-care workers from catching the flu, and another found that Japanese school children who drank green tea for six days a week or more were less likely to catch the flu. It's made from the same plant as ordinary black tea, but isn't fermented like black tea protecting its anti-oxidant polyphenols. An average cup contains a half to a third of the caffeine in a cup of coffee, so you can drink it all day without feeling jittery.

Kale is a green leafy vegetable that is related to cabbage, greens such as kale, spinach are immune-boosting foods that contain high levels of vitamin C, which not only packs a powerful antioxidant punch, it helps fight off infection and regenerate other antioxidants in the body, including vitamin E.

They also contain folate, another immune booster. It's packed with numerous antioxidants and beta-carotene, which have been proven to increase the infection-fighting cells of our immune systems. Sneak them into your diet.

We all agree that Protein is one of the most important nutrients in the human body, second only to water. Lysine is a protein that helps the body heal and prevents cold sores. Choose foods  that are high in lysine such as lean meats, yogurt, eggs, milk and cheese. A diet rich in these foods will contribute to a well-functioning immune system and promote a faster recovery during cold or flu.

Manage those lacklustre winter days by eating mushrooms which are one of the richest in vitamin D. It often used to get overlooked as a health food, but actually it possesses two big weapons you need for this flu season: selenium, which helps white blood cells produce cytokines that clear sickness, and beta glucan, an antimicrobial type of fiber, which helps activate "superhero" cells that find and destroy infections.

A study done on mice and published by the American Society for Nutrition found that white button mushrooms may promote immune function by increasing the production of antiviral and other proteins that are released by cells while they are trying to protect and repair the body's tissues.

Promoted
Listen to the latest songs, only on JioSaavn.com
Mushrooms are particularly high in one unique antioxidant called ergothioneine. Ergothioneine is found in very few vegetables or fruit. As ergothioneine has a specific protein transporter in the blood it is very important to human health.

CommentsTo keep that nasty flu away, just sneak thesebelly-warming dishes in your diet.