A Cooler Environment Can Help in Weight Loss 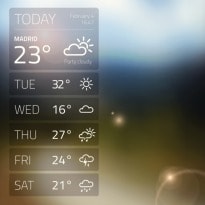 Most studies will tell you that during winter months we tend to eat more and the cold weather drives us towards those high-carb foods that keep you warm and cozy. But, this latest study has something new to offer.

A new research reveals that cooler environments may protect people from diabetes and obesity by influencing the growth of healthy brown fat. The study shows hows the environmental temperature influences the growth or loss of brown fat in people. It concludes that lower temperatures stimulate growth while warm environments cause loss of such fats.

Brown fat, also known as brown adipose tissue, is a special kind of fat that burns energy to generate heat. It keeps small animals and babies warm, and animals with abundant brown fat are protected from diabetes and obesity.

How brown fat is regulated in people, and how it relates to metabolism, have been unclear. The study by endocrinologist Dr Paul Lee from Sydney's Garvan Institute of Medical Research, shows the 'plasticity' of brown fat in humans.

Lee's previous studies have shown that people with plentiful brown fat stores tend to be lean and have low blood sugar levels. His studies have also shown - in the laboratory - that ordinary human white fat cells can change into brown fat cells. (More: Eat these foods to cut unwanted fat)

For the new study, 5 healthy men were recruited and exposed to four month-long periods of defined temperature - well within the range found in climate-controlled buildings. They lived their normal lives during the day, and returned each night to the centre, staying for at least 10 hours in a temperature-regulated room.

Promoted
Listen to the latest songs, only on JioSaavn.com
Independent of the season during which the study was carried out, brown fat increased during the cool month and fell during the warm month. Among the metabolic benefits of increased brown fat was heightened insulin sensitivity. This suggests that people with more brown fat require less insulin after a meal to bring their blood sugar levels down. "The big unknown until this study was whether or not we could actually manipulate brown fat to grow and shrink in a human being. What we found was that the cold month increased brown fat by around 30-40 per cent," said Lee. (More: Weight loss faster in a colder weather)

"During the second thermo-neutral month at 24 degrees, the brown fat dropped back, returning to baseline. When we put the temperature up to 27 degrees during the fourth month, the volume of brown fat fell to below that of baseline," said Lee. The study was published in the journal Diabetes.