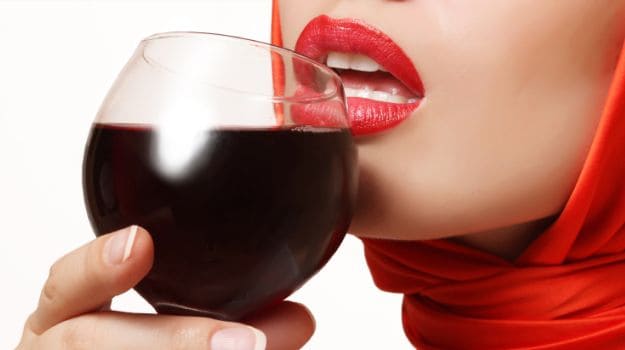 When it comes to alcohol and health, everyone seems to have different perceptions. On one hand we've been told that drinking wine can help prevent heart disease while on the other this new study reveals something rather alarming.

The study conducted by five Spanish universities (Asturias, Granada, Murcia, Navarra and San Sebastian) confirms previous evidence concerning the relationship between alcohol intake and breast cancer. When we talk about excessive consumption of alcohol, liver disease is the first thing to come to our mind. But this study gives to another reason to worry and warns that alcohol intake increases the chances of developing breast cancer. Moreover, this risk increases by four times with the intake of each daily glass of wine or beer.

Thanks to the altruistic collaboration of 334,850 women between the ages of 35 and 70 from ten European countries, an international team of researchers has corroborated the link between alcohol consumption and an increased risk of suffering from breast cancer. Of all of the females examined, 11,576 were diagnosed with breast cancer over the course of the eleven-year monitoring study.
Listen to the latest songs, only on JioSaavn.com
"A woman's average risk of being diagnosed with breast cancer increases by 4 per cent with each additional 10 grams/day of alcohol." said Maria Dolores Chirlaque, one of the Spanish scientists who was part of the team. "In other words, a daily intake of one glass of wine or beer or less would correspond to a risk value of 1. However, if we increase our intake to two daily glasses of wine or beer, our risk would rise by 4 per cent," she said.

"Using a reference value between 0 and 5 grams per day, an increase of up to 15 grams/day is linked to a 5.9 per cent greater risk of breast cancer," said Chirlaque, professor from the University of Murcia.
The number of years of exposure to alcohol intake also influences a woman's risk of developing breast cancer. Thus, the longer a woman has been exposed to alcohol consumption, the greater a risk she has, especially if alcohol intake began before her first pregnancy.

CommentsAnother study published in British Journal of Cancer indicates that that alcohol can increase the amount of estrogen circulating in the bloodstream. It further explains that having high levels of estrogen stimulates the growth of breast cancer cells and estrogen-responsive tumors. One of the studies published in Alcoholism: Clinical & Experimental Research suggests that a a byproduct of alcohol called acetaldehyde damages DNA which may lead to growth of breast cancer. It has also been seen that alcohol depletes levels of folate which is required to repair damaged DNA in the body.

"Alcohol intake is a breast cancer risk factor that can be changed by a personal decision to form healthy habits. Hence, women must be advised and forewarned of the possibility they have to control this factor," researchers said.