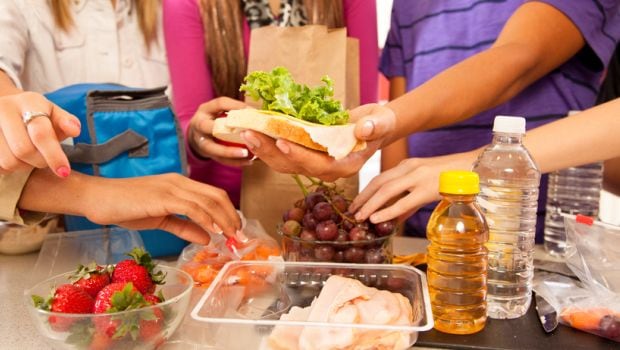 Adolescence can get overwhelming. It is a phase marked by flux and emotional unrest. It is only natural for teenagers to exhibit the chaos that manifests within towards everyone around them. It then becomes imperative to ensure that adolescents get ample support and learn to handle the transition in a healthy manner. But did you know that the situation usually worsens when it is met by nutritional inadequacies?

A recent study conducted by a team at the University of Oxford underlined the importance of nutrition in adolescents. According to the lead researcher, Professor John Stein, Emeritus Professor of Physiology, Department of Physiology, Anatomy and Genetics, University of Oxford, "Nutrient deficiencies have been implicated in antisocial behaviour, hence correcting them may improve sociability. When assessed using validated and standardised tests, supplementary nutrition may have a protective effect against worsening behaviour." Professor Stein's views draw a link between unruly teenage behaviour and nutritional deficiencies. He emphasises the fact that a holistic approach towards ensuring a healthy adolescence is through balanced nutrition.

In recent times, there has been no dearth of evidence pointing to the inadequacy of regular meals to meet the daily nutritional requirement of teenagers and kids. Does nutrient supplementation then become one of the viable ways to solve the problem?

Dr. Jonathan Tammam, Principal Lecturer on Nutrition and Dietetics at the School of Life and Medical Sciences, University of Hertfordshire recently conducted a clinical trial in the Robert Clack School in Dagenham. 196 students, aged between 13-16 years, were divided into two groups. While one group was given placebo for 12 weeks, the other lot received nutrient supplementation in the form of WellTeen tablets manufactured by Vitabiotin Ltd. London . The trial was published in the British Journal of Nutrition and established that "for the first time, a specific vitamin, mineral and omega-3 fatty acid supplement affected behaviours of UK teenagers," as mentioned in the official press release. "A third of the participants' diet came from junk food and confectionery, and they were achieving 1 1/4 of their recommended daily intake of five portions of fruits and vegetables," mentioned the report. Over the weeks, it was noted that the behaviour in the students on WellTeen supplements improved, whereas the pupils receiving placebo displayed worsened social behaviour.

Nutritional Deficiencies amongst Teenagers in India

Promoted
Listen to the latest songs, only on JioSaavn.com
According to the UN, an estimated 236.5 million fell under the adolescent bracket in India in the year 2013. This was greater than the teenage population of most neighbouring countries including China, Pakistan and other nations like Indonesia, America and Brazil. A recently released PTI report estimates India's teenage population to be the largest in the world, standing at a whopping 243 million - 20% of the global total of 1.2 billion.
Unfortunately, the growing instance of nutritional deficiency among teenage kids is gradually turning into a hot topic of debate. As junk food availability and consumption become widespread, nutrients are fast disappearing from everyday meals.

UNICEF's report released in the year 2011 mentioned that close to 56% adolescent Indian girls could be anaemic. This is a cause of great concern.

The report further states, "Issues like malnutrition and anaemia affect large sections of the Indian population, and are particularly high among adolescents. Various small-scale studies highlight the high prevalence of micronutrient deficiencies among adolescents. Findings from the National Family Health Survey 3 (NFHS-3) indicate that as many as 56% of females and 30% of males in the 15-19 age group are anaemic (IIPS and Macro International 2007). Kapil and Bhavna (2002), in a cross-sectional study among 260 adolescent school adolescents (11-18 years) in Delhi, estimated the prevalence of zinc deficiency at 50.8% for boys and 48.2% for girls. The numbers are worrisome since zinc deficiency results in delayed sexual maturation, menstrual irregularities, decreased growth rate, and impaired mental development. Another study by Chiplonkar and Kawade (2012) with 630 (10-16-year-old) girls in Pune observed that the average zinc intake was low, around 40% of the Indian RDA. Similarly, the average intake of calcium, iron, beta carotene, and vitamin C were 30-60% of the respective RDAs, indicating dietary deficiencies of these minerals and vitamins in girls, and 27.2% of girls were anaemic (Chiplonkar and Kawade 2012)."

UK registers its own host of problems linked to adolescent nutrition. According to Yvonne Bishop-Weston, UK's leading nutritionist, "Teenagers are not learning the skills of cooking and nutrition in the national curriculum while junk food consumption is rife. Omega-3 intake is lower than the recommend amount; levels of some vital vitamins and minerals are also low. Iron levels are getting worse. The NDNS data makes it clear that teenage nutrition is very poor, in fact the worst in any group." In such circumstances, can we expect our teenagers to make healthy, wholesome eating choices? This is when the need of nutritional supplementation kicks in.

WellTeen supplements manufactured by Vitabiotin Ltd. London provide a "comprehensive spectrum of micronutrients including vitamin B6 and B12, folate, iron and vitamin C, which contribute to the reduction of tiredness and fatigue." Although nutritional supplementation becomes a viable option to fill the gap created by nutritional disparities, these must be complemented by a well-balanced diet. Educating our children and teenagers about the importance of a healthy lifestyle, wholesome diet and regular physical activity is of the utmost importance.