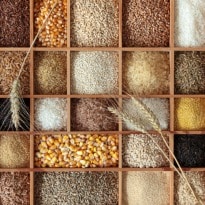 According to a promising research, people who survive heart attacks have a greater chance of living longer if they increase their dietary intake of cereal fibre.

"Those who ate most fibre had a 25 percent lower chance of dying in the nine years after their heart attack compared with those who ate least fibre," the researchers found. Every 10 gram per day increase in fibre intake was associated with a 15 percent lower risk of dying over the nine-year follow-up period.

To reach this conclusion, researchers at the Harvard School of Public Health analysed data involving 121,700 female nurses and 51,529 male health professionals. The researchers looked at the 2,258 women and 1,840 men who survived the first heart attack.

Listen to the latest songs, only on JioSaavn.com
When the researchers looked at the three different fibre types - cereal, fruit and vegetable - only higher cereal fibre intake was strongly associated with an increased chance of long-term survival after a heart attack. Breakfast cereal was the main source of dietary fibre. High dietary fibre intake can improve blood lipid levels and reduce the risk of high blood pressure, obesity and diabetes.

Comments The study has been published in British Medical Journal.