High Cholesterol Levels May Make it Harder to Get Pregnant 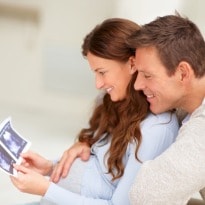 "Research suggests that couples looking to get pregnant could improve their chances by ensuring that their cholesterol levels are within the acceptable range," said Enrique Schisterman from the Eunice Kennedy Shriver National Institute of Child Health and Human Development (NICHD) of the National Institutes of Health (NIH) in Maryland.

For the study, the researchers observed couples who were not being treated for infertility but who were trying to get pregnant. They took blood samples from the men and women at the beginning of the study and measured the levels of five types of fats: free cholesterol, total cholesterol, phospholipids, triglycerides and total lipids.

The couples were observed for up to one year after which researchers found that on an average, the couples where the woman did not get pregnant had the highest levels of free cholesterol.

The study concluded that cholesterol levels may be an important factor in healthy couples who want to conceive and who don't have infertility problems.

Schisterman told Live Science that cholesterol might be related to fertility because it is a building block of both male and female hormones. He added, "From our data, it would appear that high cholesterol levels not only increase the risk for cardiovascular disease, but also reduce couples' chances of pregnancy."

This study was published in the Journal of Clinical Endocrinology and Metabolism.