Is the Paleo Diet Really As Good As It Claims To Be? 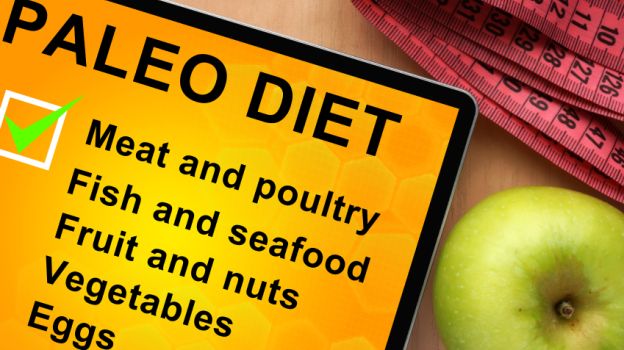 It is a common belief that we are what we are because of our ancestors.  We have evolved and learned through them to become the smartest of all living organisms. This is why when a diet plan which was introduced not so long ago drawing inspiration from how our ancestors lived and survived in the past, it created quite a stir among the health enthusiasts who stamped it as the next best thing. But of course, there are always two sides to a coin.

Paleo diet aka Paleolithic diet is based on how the cavemen met their food needs at that time. Their diet mostly comprised proteins (meat) gathered through hunting, followed by fruits, vegetables, nuts and berries, and these were enough to take care of all their dietary needs and hence they stayed fit. The idea of a Paleo diet was first propagated by a gastroenterologist, Dr. Walter Voegtlin who published a book called The Stone Age. In his book, he shared how he treated his patients by replicating the ancient diet for modern times. More than ten years later, researchers and scientists gained interest in what seemed to be more than just a fleeting fad diet.

Coming to today’s scenario where obesity, stress, hypertension, heart disease and other such ailments are the common causes of death, one of the most important factors responsible for these is our eating habit. Unlike Paleo diet with its high-protein and low-carb ideology, the modern day diet largely includes processed food, breads, dairy, legumes, grains, sugar, alcohol, etc, which are believed to be causing harm to our bodies.

According to some studies which have tried to delve into the phenomenal growth of the human brain which takes up about 2 percent of our body mass but consumes 25 percent of our energy, one of them states that with the invention of stone tools, humans began scavenging for animals and started digesting their protein-rich meat easily and all of those calories gave our brains the surplus energy needed to grow larger.

However, rebutting the idea, a research done by the University College London says that meat doesn’t hold the key to our large brains. It was the glucose in starches, like potatoes and tubers, cooked over a fire that allowed our brains to grow.

“Glucose is the best most readily processed form of energy in our diet,” says Mark Thomas, a co-author of the research paper which was published in The Quarterly Review of Biology, and professor of evolutionary genetics at University College London. “So that’s what (our Paleolithic ancestors) would’ve wanted because without it, they would have died.”

As quoted in the The Quarterly Review of Biology, "(The study) brings together archaeological, anthropological, genetic, physiological and anatomical data to argue that carbohydrate consumption, particularly in the form of starch, was critical for the accelerated expansion of the human brain over the last million years, and coevolved both with copy number variation of the salivary amylase genes and controlled fire use for cooking.

Promoted
Listen to the latest songs, only on JioSaavn.com
While the creators of the Paleo diet have held their stand that carbohydrates (like starches) aren’t necessary for the evolution of our brain, Thomas argues, “the Paleolithic period, which really means the period in which we made stone tools before farming, was a very long period encompassing many periods and environments and ecologies … So one thing you can be absolutely certain of is that there was never one single Paleolithic diet.”

He further adds that we started cooking with fire about 800,000 years ago, earlier than many scientists believed in the past. “Cooking is very important as it has a profound effect on the ability to access the energy density in starch-rich foods. It also helped in evolving enzymes in our saliva that broke down cooked starches.” Of course, over the centuries we evolved and our bodies developed many new internal systems to adapt to the changes.

“The classic example is lactase persistence; the ability to produce the enzyme that digests the sugar in milk into adulthood,” Thomas says. “Go back 10,000 years, virtually nobody could do that. Nowadays, about a third of the people in the world can do that … And almost certainly there are other adaptations as well, genetic changes.”

CommentsHe agrees on one point with the Paleo diet that we eat more carbohydrates than we need, but says the dietary issues of our Paleolithic ancestors were quite different, adding that people are still not clear exactly what they ate.