Is Veganism a Good Idea? 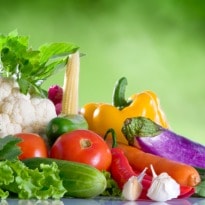 Recently, former US President Bill Clinton told American news channel CNN that he is now a vegan and eschews meat, eggs, and dairy in order to be healthier.

Once famed for his love of hamburgers and doughnuts, Clinton, who had quadruple bypass surgery in 2004, dropped 24 pounds and has lowered his cholesterol levels dramatically since adopting a near vegan lifestyle last year.

So, is veganism a good idea?

Animal products are packed with nutrients such as protein, omega-3 fatty acids (in fish), calcium, iron, zinc, and vitamin B12.

This means in order to consume vital nutrients, vegans need to be extra-vigilant by eating calcium-rich dark, leafy greens such broccoli, kale, turnip greens and collards, zinc-filled nuts and beans, omega-3 fatty acids in flaxseeds, and protein-rich foods such as beans every single day, adds LifeScience.

Unskilled or new vegans can also fall into the traps of making poor food choices due to limited food options, or rely on meat substitutes, which can be loaded with salt and fat.

"I like the vegetables, the fruits, the beans, the stuff I eat now," Clinton told Dr. Sanjay Gupta in the CNN interview.

Comments His diet strategy now, he says, is to avoid any food that might damage his blood vessels, and to follow the guidance of famed plant-based food proponent Dr. Dean Ornish and Dr. Caldwell Esselstyn Jr., who direct the cardiovascular prevention and reversal program at The Cleveland Clinic Wellness Institute.