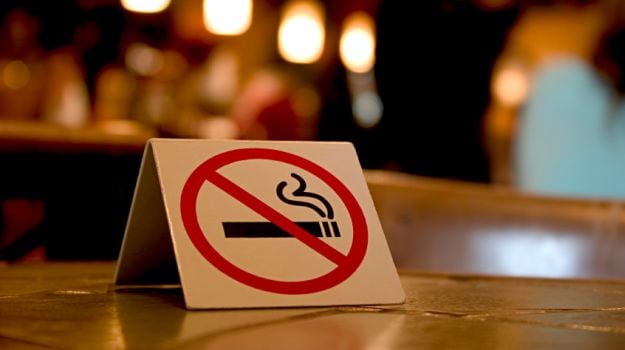 Highlights
Philippine President Rodrigo Duterte is set to sign a regulation this month banning smoking in public across Southeast Asia's second-most populous country, rolling out among the toughest anti-tobacco laws in the region.

Public health campaigners who have long battled against the country's hefty tobacco lobby welcomed the push to end smoking in public places and said they believed Duterte, with his tough anti-vice record, was the man to do it.

Health Secretary Paulyn Jean Rosell-Ubial told Reuters on Tuesday she hoped the president would sign the ban, which expands the definition of public places, into law before the end of October and that it would come into effect next month.

She was quoted by newspapers as saying that no smoking would be allowed in public places, whether indoor or outdoor.

"Parks, bus stations, and even in vehicles. All these are considered public places," she said, according to media. She later clarified the law would apply only to public vehicles.

Designated smoking areas will be set up, at least 10 meters (33 feet) outside buildings, according to a draft of the executive order seen by Reuters.Around 17 million people, or nearly a third of the adult population, smoke in the Philippines, according to a 2014 report by Southeast Asia Tobacco Control Alliance, - the second highest in the region after Indonesia. Nearly half of all Filipino men and 9 percent of women smoke and experts say the habit costs the economy nearly $4 billion in healthcare and productivity losses every year.

Marlboro owner Philip Morris International, estimated to hold more than 70 percent of the Philippines market through its joint venture with Fortune Tobacco, will be among the international producers most affected by the proposed ban.

In 2015, the Philippines accounted for almost 1 in every 13 cigarettes sold by Philip Morris globally, though analysts estimated it was worth a far smaller 2 percent of profit.

A spokeswoman for Philip Morris International referred queries on the proposed ban to the Philippine Tobacco Institute, which represents tobacco interests in the country.

A spokesman for the institute said he had no immediate comment on the proposed ban.

The proposed smoking ban replicates on a national level an existing law in Davao City, where Duterte ruled as mayor for 22 years until his rise to the presidency earlier this year.

Penalties for breaking the anti-smoking law in Davao can include a 5,000 Philippine peso ($103) fine or four months in prison.

When Duterte was in Davao, he once personally forced a man to stub out his cigarette and eat it after he refused to stop smoking in a restaurant, according to media reports.

A government spokesman declined to comment on the incident but said:

"Certainly in Davao, the sentiment and business establishments support a smoke-free Davao. The president sees it as something that's not ideal for health... and this is part of the public well-being," Ernesto Abella said.

Duterte also rolled out a number of other strict rules in the city of 1.5 million during his term as mayor, including banning late-night drinking and karaoke, and a 10 p.m. curfew for school children. He also oversaw a severe crackdown on narcotics and crime in the city, earning him the nickname "The Punisher".

The 71-year old won the presidency on a promise of widening that crackdown throughout the country of 100 million. Over 3,600 people, mostly small-time drug user and dealers, have died in police operations and alleged vigilante killings since he took office in June.

"This is effectively a scaling up of the Davao City plan," said Ralph Degollacion of Health Justice Philippines, a local NGO.

"We know his track record... and given the political will in his government, we're confident that in terms of implementation he will really push it," he said.

When asked if the ban could extend to alcohol and gambling - both multi-million dollar industries - government spokesman Abella said there were no such plans in the offing and that bars and casinos were continuing to operate normally.

The nationwide ban is set to be among the strictest no-smoking laws in Southeast Asia. The region is home to nearly 10 percent of the world's smokers and while most countries have partial smoking bans in place, enforcement is often lax.

The Philippines ban will also cover 'vaping' or the use of electronic cigarettes.

"A smoking ban could see any further recovery in the sales dynamics in the market stall," Owen Bennett, equity analyst at Jefferies International, said in a note.

Duterte's government has also proposed increasing taxes on cigarettes and other tobacco products, Finance Undersecretary Karl Kenneth Chua said. The tax would build on a landmark tax-hike imposed by the previous government, but Chua did not elaborate on how much additional revenue the government was expected to net.