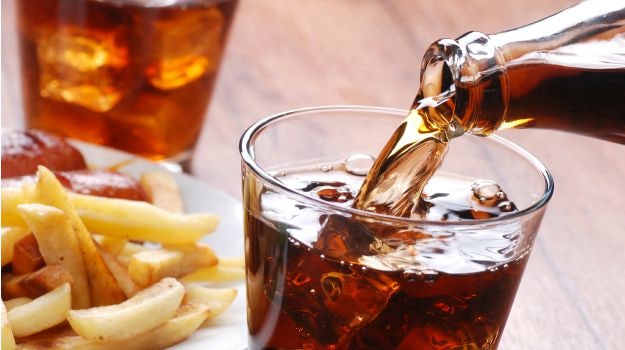 Reducing the intake of sugary drinks by one serving a week for an year can increase "good" cholesterol levels in children, a new study has found. Researchers from Tufts University found there was an inverse association between sugary drinks and HDL (good) cholesterol increases.

The results also showed that a higher intake of sugary drinks was associated with a higher triglyceride concentration in lipid profile. A clustering of risk factors including high triglycerides, low good cholesterol, insulin resistance and obesity - especially if begun in childhood - puts one at higher risk for future cardiovascular disease," warned Maria Van Rompay, research associate at the Friedman School of Nutrition Science and Policy at Tufts University.

Comments"The increase in good cholesterol was greatest among children who decreased their intake by one or more servings of SSBs per week compared to those whose intake stayed the same or increased.

"Not only are most SSBs high in sugar and devoid of nutritional value but they are displacing other foods and beverages that offer high-nutritional quality, critical for children's growth and development," noted senior study author Jennifer Sacheck. The findings, published in the Journal of Nutrition, reinforce the importance of minimising consumption of SSBs among children and adolescents.