Sensor To Detect Vitamin B12 Deficiency In a Jiffy 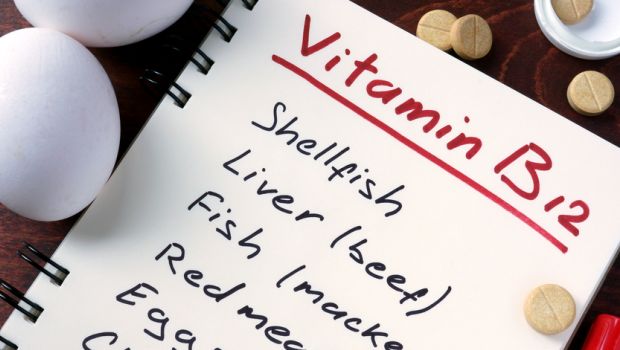 Highlights
Researchers from University of Adelaide have developed a world's first optical sensor that can detect vitamin B12 in diluted human blood - a novel step towards developing a low-cost and portable deficiency test.

Vitamin B12 deficiency is associated with an increased risk of dementia and Alzheimer's disease.

Such a device would enable the tracking of vitamin B12 levels in high-risk patients and early intervention can help overcome the limitations of current testing methods which are time-consuming and costly.

"Vitamin B12 deficiency has been shown to be a potential modifiable risk factor for dementia and Alzheimer's disease and is associated with cognitive decline," said Dr Georgios Tsiminis, Research Fellow at University of Adelaide.

Older adults are particularly at risk of B12 deficiency due to age-related reduction in absorbing vitamin B12 received through their diet.

"Our sensor is an early step towards a point-of-care solution for measuring and tracking B12 in healthy ageing adults. This would allow doctors to monitor B12 levels and intervene as soon as B12 deficiency was detected," Dr Tsiminis added.

The sensor is still at proof-of-concept stage but, with development, has wide-reaching potential applications.

The optical sensor measurement of B12 in human blood takes less than a minute and requires minimum preparation.

This is the first demonstration of vitamin B12 being measured in human blood serum without the need for a full laboratory test.

The sensor uses an optical measuring technique called Raman spectroscopy which produces a unique optical fingerprint of a target molecule, in this case vitamin B12.

Promoted
Listen to the latest songs, only on JioSaavn.com
"Our method provides a realistic basis for a system that is portable, cost-effective, and affords rapid results, along the lines of the pin-prick test for diabetes," Dr Tsiminis noted in a statement.

The research by scientists in the ARC Centre of Excellence for Nanoscale BioPhotonics (CNBP), the Institute for Photonics and Advanced Sensing, and the Schools of Physical Sciences and Medicine was presented at an international biophotonics conference in Adelaide last weekend.