The Morning After: How to Cure a Hangover 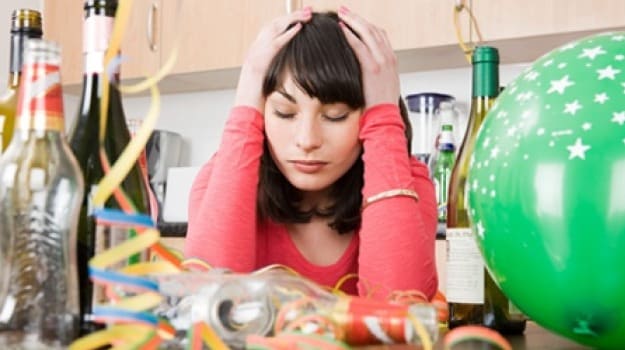 You may have woken up on Thursday feeling a little ropey. Here's a few tips for getting over your new year's hangover

Ernest Hemingway swore by tomato juice and beer; the ancient Sicilians were known to gnaw on dried bull penis, and Namibians imbibe buffalo milk. So what will be your cure when you wake on Thursday with a pounding head, queasy stomach and a million regrets? We offer our tried and tested hangover remedies.

They are salty and searingly tart, yet in Japanese tradition, umeboshi can offer a hangover cure like no other. Scientists have found eating the pickled fruit helps the liver process excess alcohol and to replenish your depleted electrolytes. Called "The King of Alkaline Foods", many converts say that it helps to reduce acidity and balance the digestive system. And of course the sharp taste is likely to jolt anyone out of their hangover haze. Pucker up and savor those flavours.

Forget rehydrating the old fashioned way (by forcing yourself to consumer two litres of H20), the latest miracle quick fix requires a drip, a nurse and a vein.

The IV Doctor, a mobile hydration service which launched in the US in 2014 delivers the equivalent of a gallon of water (3.7 litres) from the comfort of your couch - in just 45 minutes. According to the New York Times, the treatment consists of 1,000 milliliters of saline solution and electrolyte replacement fluid administered into your arm by a registered nurse. As a bonus, patients are offered a choice of nausea, Vitamin B or anti-inflammatory medication.

The company says business is booming, particularly among cashed up young men, and similar IV mobile services are available in London.

But this miracle elixir does not come cheap. The IV Doctor costs $US199 - while it may relieve that pounding headache, it will hurt your wallet.

Before you reach for that Bloody Mary, consider the carbonated lemon drink. Chinese researchers have concluded Sprite helps the body metabolize alcohol by speeding up our ability to process aldehyde dehydrogenase (ALDH), the so-called culprit of hangover symptoms. And for those who think herbal tea is a more natural remedy, the same researchers discovered these drinks can make you feel worse because they slow down the ALDH process.

Many of us are well versed on the power of the painkiller to relieve a hangover, and neurologists at Harvard University have proved it. A 2011 study found the anti-inflammatory ingredients of aspirin and other painkillers, such as Ibuprofen, reacted against the chemical compounds of alcohol to offer relief. They also concluded that for the best results, drinkers should pop a pill four hours after drinking, even if the headache has not reared its ugly head yet. If you forget, make sure you take a painkiller before resting your weary head. Prevention is better than cure. Choose your poison smartly, says wine author and expert, Mark Oldman.

"Cheap wine tends to be made with a rougher hand and can be more likely to have histamines and sulfates and other hangover-magnifying elements," says Oldman.

"Sometimes finer wine is treated like superior olive oil and it can often not only taste better, but have fewer impurities."

While experts are divided about the benefits of mixing exercise with a hangover, many believe that getting the blood pumping and the body moving is a good remedy. Research has found it gets the liver working faster to break down alcohol in the body and rid the body of those nasty toxins. Then there is the endorphin rush to boost your depressed state. Personal trainers suggest hitting the pavement for a slow jog in the natural light. But if the thought of facing the day (and sunlight) is too disturbing to contemplate, opt for a gentle workout on the treadmill or do some weights. To avoid becoming further dehydrated, keep your water bottle close at hand. For those of you lucky enough to be near a beach - a good, refreshing swim in the ocean is known to make hangovers more bearable.

How to beat the morning-after blues. Photograph: Alamy