What Poor Eating Habits Could do to Your Immune System 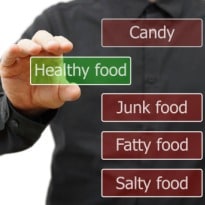 If you're not eating on time, skipping meals or loading up on the wrong kind of food, then listen up! Poor eating habits can not only have terrible consequences in the short-term but also persist long after your diet has returned to normal.

According to a study that was published in the Journal of Leukocyte Biology, poor eating habits alter the way genes express (epigenetics) themselves. Including those that deal with the immune system. This change ultimately exposes a person to the risks of cardiovascular disorders. And in this case, the risks are higher than they would have been had the person not fallen victim to poor eating habits.

According to Erik van Kampen, a researcher from Leiden University, Netherlands "I hope that this study demonstrates the importance of diet-induced changes in the epigenome and encourages further research into the interaction between dietary patterns, DNA methylation and disease."

To confirm this hypothesis, researchers used two groups of mice with altered genes. Their genes is what made them more susceptible to developing high blood cholesterol and atherosclerosis (a disease in which plaque (plak) builds up inside your arteries). These mice were either fed a high-fat, high-cholesterol diet (western-type diet) or a normal diet. After a few weeks, the bone marrow of these mice was isolated and transplanted into mice with a similar genetic background that had their own bone marrow destroyed. The recipient mice were left on chow diet for several months, after which the development of atherosclerosis in the heart was measured. The number and status of immune cells throughout the body and epigenetic markings on the DNA in the bone marrow also were examined. The researchers found that DNA methylation, an epigenetic signature, in the bone marrow was different in mice that received bone marrow from the western-type diet fed donors compared to the mice receiving bone marrow from chow-fed donors. Furthermore, these mice had large differences in their immune system and increased atherosclerosis.

CommentsAccording to John Wherry, one of the researchers of the study, "We've long known that lifestyle and nutrition could affect immune system function. The ability of nutritional history to have durable effects on immune cells demonstrated in this new report could have profound implications for treatment of diseases with immune underpinnings. The length of such effects will be critical to determine and it will be interesting to examine the effects of drugs that can modify epigenetics."