Why Drinking Tea is Good for You 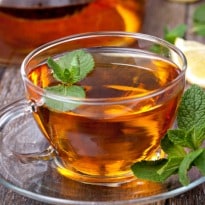 An ardent tea-drinker will tell you than there is nothing more pleasurable and rejuvenating than a steaming cup of tea. It is interesting to know that after water, tea is the most popular beverage consumed in the world. While its flavor and aroma has created fans across the world, its health benefits have become the talk of the town.

A new research reveals that tea drinkers could have less risk of developing breast cancer than those who don't drink tea. The study showed that tea increases the functions of blood vessels thus reducing the risk of developing cancer and promoting heart health.

The aim of this latest analysis was to evaluate the links between tea consumption, physical activity and breast cancer risk among Chinese women, reports femalefirst.co.uk. (More: Does tea lower the risk of ovarian cancer?)

According to Women's Health Specialist Catherine Hood, "Compared with non-drinkers, regular tea drinkers had a 21 per cent decreased risk of breast cancer. This beneficial finding is likely to be associated with the polyphenol content of tea."

Tea is rich in polyphenols, including catechins and gallocatchins, which have a strong antioxidant activity and a potential anti-tumour effect.

In conclusion, Dr Catherine Hood pointed out that drinking tea has potential health benefits especially for the heart and also recommends having about four or more cups of tea every day since it is as hydrating as water.