Avoid Passive Smoking At Work To Cut Risk Of High Blood Pressure: Eating These Foods May Help Too

People who are consistently exposed to smoke were found to be at 13 per cent increased risk of hypertension, the findings revealed. 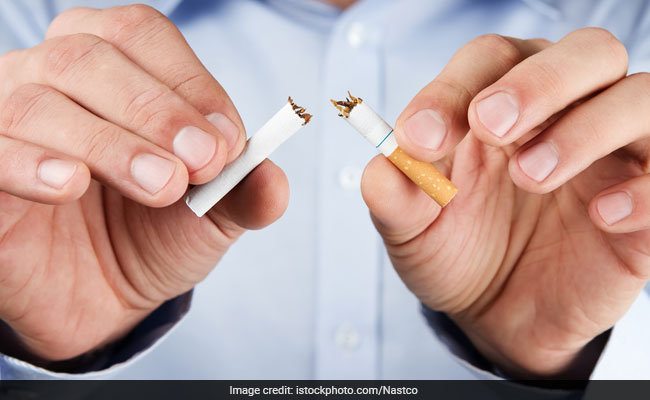 Do you often accompany your smoker friends for a short 'cigarette break'. It is time you stop. Passive smoking at work or home, may up risk hypertension warns a latest study. The study also said that living with a smoker after age 20 is associated with a 15 per cent greater risk of developing high blood pressure.

People who are consistently exposed to smoke were found to be at 13 per cent increased risk of hypertension, the findings revealed.

Exposure to passive smoking for 10 years or more was related to a 17 per cent increased risk of hypertension and men and women were equally affected, said the researchers at "EuroHeartCare 2019", a scientific congress of the European Society of Cardiology, in Milan, Italy on Friday.

"Avoid exposure to secondhand smoke regardless of whether the smoker is still in the room," said study author Professor Byung Jin Kim from Sungkyunkwan University, Seoul, Korea.

"Our study in non-smokers shows that the risk of high blood pressure (hypertension) is higher with longer duration of passive smoking -- but even the lowest amounts are dangerous," Kim added.

For the study, the researchers analysed 131,739 never-smokers, one-third men, and an average age of 35 years.
It must be noted that this is the first large study to analyse the association between secondhand smoke and hypertension in never-smokers. The results were verified by urinary levels of cotinine, the principal metabolite of nicotine.

The findings revealed that the participants with hypertension were significantly more likely to be exposed to second-hand smoke at home or work (27.9 per cent) than those with normal blood pressure (22.6 per cent).

Hypertension was found to be more common in people who were exposed to passive smoke at home or work (7.2 per cent) compared to no exposure (5.5 per cent).

"The results suggest that it is necessary to keep completely away from secondhand smoke, not just reduce exposure, to protect against hypertension," said Professor Kim.

Hypertension is a condition where the force of blood against your arteries is too high. If left untreated hypertension may even lead to stroke. Hypertension patients must be very careful of what they include in their diet. Excessively salty food, fried foods may put strain on blood vessel and restrict blood flow. If you are suffering from hypertension you must include foods that are enriched with potassium and fibre. Potassium helps negate ill-effects of sodium.