Vicky has his first horror flick 'Bhoot Part One: The Haunted Ship' releasing on 21st February, 2020. 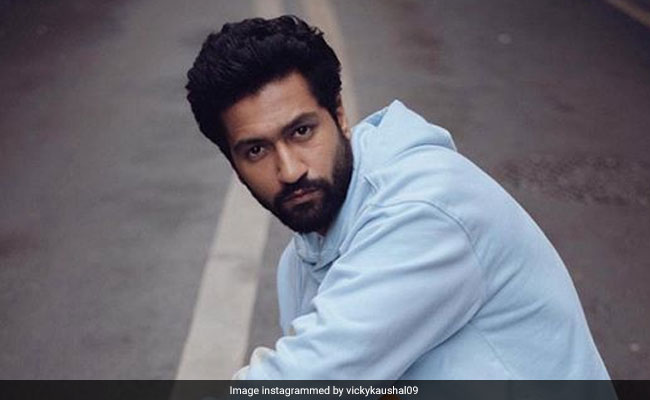 Vicky Kaushal is a self-confessed foodie.

Vicky Kaushal has been ruling the box office and hearts of millions of people ever since his debut, he also bagged the national award for his role in Uri: The Surgical Strike recently. With an exciting filmography, a couple of coveted honours, and a loyal fan-following, Vicky is unstoppable. His first horror flick 'Bhoot Part One: The Haunted Ship' is slated to release this weekend, and the actor has been on a promotional spree. During his recent trip to the capital, he went to a few haunted places in the city to promote the film. But in the middle of it all, the actor is also getting enough chances to pay heed to his foodie side.

The actor is a self-confessed foodie and keeps sharing his love for food with his 5.5M Instagram family. From relishing Delhi's famous Chole Bhature to a healthy breakfast bowl, Vicky makes sure to make us drool over some interesting delicacies every now and then, whether on a shoot or in the middle of promotions. And this time the Uri actor made us crave something sweet in his latest Instagram story.

The actor shared a picture of an ice-cream, revealing his favourite flavour: Nolen Gur and asked his followers to guess where he was! The picture had a beautiful large bowl filled with scrumptious dollops of ice-cream. Here's what he posted-

(Also Read: Vicky Kaushal Is All For Eating Healthy Food And Here's Proof)

Nolen Gur actually translates to new jaggery and it is extracted from date palm trees using deft skills during the winter months in West Bengal.  Nolen gur can be relished in multiple forms such as in quintessential rasgullas, sondesh or cham cham. Nolen gur ice cream is a popular option across Kolkata too.

Is Vicky in West Bengal? We do not know yet, but he has definitely triggered our cravings for some nolen gur delicacies right now.

The actor has a packed year ahead with Takht, Sam and Sardar Udham Singh slated to release. Here's wishing Vicky Kaushal all the luck for Bhoot and success for all future endeavours.