Feeding children with 100 percent fruit juice during their preschool years can lead to healthier dietary patterns in the later years, without any impact on their weight gain. 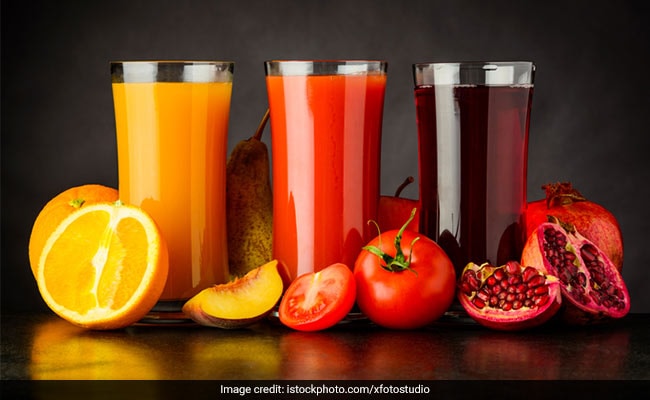 There's no doubt that fruits are one of the most popular super foods due to the rich natural nutrient-content and wide availability. While whole fruits are always dubbed to be the best form of consuming them, experts often suggest juicing of the fruits for the children and fussy eaters. Juicing can be stated to be one of the most convenient ways of providing the body with all the nutrients of a fruit. Adding on to this, a new study revealed that feeding children with 100 percent fruit juice during their preschool years can lead to healthier dietary patterns in the later years, without any impact on their weight gain. The study, by researchers at Boston University, was published on online journal BMC Nutrition.

As per the study, consumption of 100 percent fruit juice was linked to higher intake of whole fruit and better dietary pattern among kids through their childhood and into middle adolescence.

The 10-year research was based on the diet records, height and weight data of a group of 100 children, aged between 3 and 6 years. Whole and total fruit consumption was assessed using recommendations from Dietary Guidelines for Americans (DGA) at each age.

"We know that whole fruit intake, as well as diet quality, typically decline from early childhood through adolescence," stated Researcher Lynn L. Moore, adding, "This research provides important information showing that children who consumed about 1.5 cups of 100 percent fruit juice per day during the preschool years had a tendency of maintaining healthier diets into adolescence than children who drank less than 1/2 cup per day during preschool."

He further said, "In addition, over 10 years of follow-up, juice consumption within the range typically consumed by these children (1-2 cups per day), was not associated with excess weight gain during childhood."

According to a report in ANI, the present study also confirms the findings from several previous studies which suggested that drinking juice may promote better diet quality among children.

Chocolate Samosa Inside Pav Is The Latest Viral Food Combo. Would You Try It?
Junk Food Banned In-And-Around Schools - Relief For Parents Worrying About Kids' Health