FSSAI released a new order to prohibit mixing of mustard oil with other edible oils to keep a check on sale of adulterated cooking oil for domestic consumption. 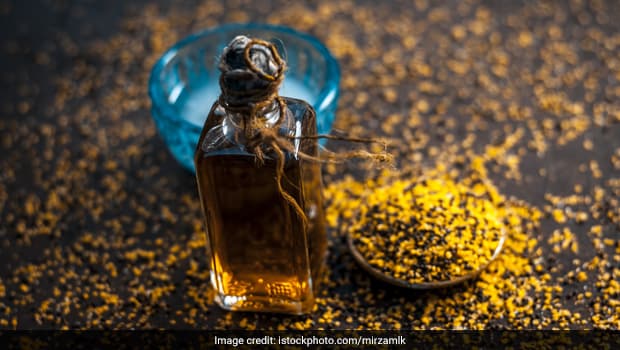 Mustard oil is one of the few Indian cooking oils that are hailed as healthy and good for heart health. It is low in saturated fat content and rich in vitamins, predominantly, vitamin D and vitamin E. Many nutritionists, dietitians and even cardiologists advise using mustard oil for cooking for its many health-benefitting properties, including immunity-boosting, detoxifying and skin-improving qualities. People using mustard oil for cooking always feared it to be diluted. Food Safety and Standards Authority of India (FSSAI) stepped up to alleviate those fears by releasing a new order to prohibit mixing of mustard oil with other edible oils.

Till now, oil companies were allowed to mix 20 percent of other edible oils with mustard oil. But the recent hike in the prices of mustard oil gave rise to the speculation that mustard oil being sold could not be as pure as allowed by the food authorities. The decision was taken after a thorough investigation carried out earlier this year by collecting samples of edible oils from across the country in a bid to check sale of adulterated cooking oils. The 4,500 odd samples included branded and unbranded oil manufacturing brands, and both national and local brands.

Mustard oil is an innately Indian cooking medium, having been around for thousands of years.
Photo Credit: iStock

Following the official directive of Government of India, it has been decided to operationalise these regulations from October 1, 2020, and manufacturing of blended edible oil with mustard oil shall not be allowed from this date.

In exercise of the power conferred under section 92 of the Food Safety and Standards Act-2006, FSSAI framed the draft Food Safety And Standards (Prohibition and Restriction of Sales) Amendment Regulations, 2020.

This move is being seen as a big step to ensure manufacturing and sale or pure mustard oil for domestic consumption, in public interest.