Healthy Snacks For Kids: Prepare This Sweet Red Rice Poha In Not Even 30 Minutes (Recipe Inside)

Did you know there's a healthier variation of our regular white poha - it's Red Poha! It is made out of red rice and is thicker than the normal poha. 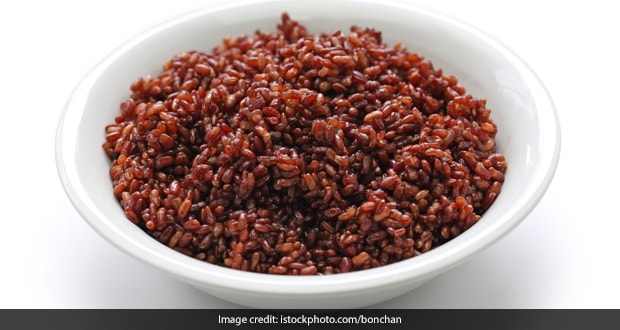 In a rapid fire round if you are asked, "Name a healthy breakfast food", what will your instant answer be? For most of the people, it will surely be poha or flattened rice. However, it has different names in different part of India - some calls it 'poha', some 'chivda', some call it 'chide' and some 'aval' or 'avalakki'. Flattened rice is a wholesome food with multiple health benefits such as it is a good source of carbs, low in calories, rich in iron, easily digestible, good probiotic and helps in controlling blood sugar.

Many of us are aware of this information. But did you know that there's a healthier variation of our regular healthy white poha - it is Red Poha! It is made out of red rice and is thicker than the normal poha. In the present world of health consciousness, red rice is gaining much attention. The red colour is due to the presence of a pigment called anthocyanin, which is also a flavonoid. This rice is grown around the world, including Kerala in southern part of India, where it is known as Kerala Matta rice. Red rice doesn't undergo excessive processing, and as such the other bran layer remains intact, which is rich is fibre, vitamin B, and minerals like calcium, zinc, iron, manganese, magnesium etc.

Like our regular white poha, the red rice poha can also be used to cook several dishes and its coarseness gives an earthy flavour to the dish. One of the very famous dishes made out of red rice is coconut-jaggery aval. Poha is called aval or avalakki in the southern part of India. This coconut-jaggery aval is a very popular snack among kids for its sweetness, crunch and, of course, the chocolaty colour. Also known as Vella Aval, it is also made in most of the households in southern India during the celebration of Krishna Jayanthi (Janmashthami).

(Also Read: Red Poha: How to Use This Healthier Alternative to Regular Poha)

Here Is The Recipe Of Coconut-Jaggery Aval (Vella Aval)

Soak red aval in clean water for 10 minutes and rinse it off twice-thrice.

Spread on a clean cloth and let it dry (cloth to absorb the excess water).

Put jaggery in it hot water and let it melt; filter it to remove impurities.

Heat a pan and boil the liquid jaggery and bring to a thicker consistency (it has to create a soft thread-like line when taken on forefinger and pressed with the thumb).

Switch off the flame.

Now, add aval, grated coconut and ghee to it and mix it well; you can also add crushed cashew and sliced almond if you want.

Serve the mixture as a snack or you can also make ladoos out of it and put powdered pistachio on that.

Some people fry the aval in ghee and then add to the jaggery syrup to give the dish a crunch.

You can also make vella aval out of white flattened rice.

Now, whenever your child demands for a delicious evening snack, prepare this healthy vella aval in 10-15 minutes and serve them to witness the happiness on his/her face.