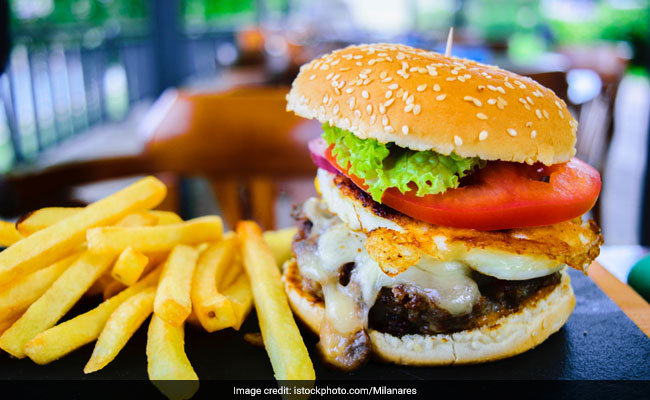 The fast-paced life of today has led to a steep rise in the trend of eating fast food. Lack of time and energy leaves little scope for proper nutrition and exercise. The sedentary lifestyle that we live now involves unhealthy foods, most of which are high in calories. Whether you are eating a restaurant or cooking at home, many products used in our meals are calorie-rich. Evidently, such ruinous eating habits are detrimental for overall health. An Australian study claims that a diet with high-calorie foods may give rise to diabetes and may also impact brain health. The study also revealed that people consume an average of 650 extra kilo calories more per day than what they consumed 50 years ago. The same amount of calories are present in a fast food meal of burger, fries and soft drink.

(Also Read: Ideal Balanced Diet - What You Should Really Eat)

Eating fast food has become a trend these days

Nicolas Cherbuin, a professor at the ANU Centre for Research on Ageing, Health and Wellbeing, remarked, "People are eating away at their brain with a really bad fast-food diet and little-to-no exercise. We've found strong evidence that people's unhealthy eating habits and lack of exercise for sustained periods of time puts them at serious risk of developing type 2 diabetes and significant decline in brain function, such as dementia and brain shrinkage."

As per the findings of the study, a large chunk of the global adult population (around 30 per cent) is either overweight or obese. It also warned that by the year 2030, over 10 per cent may be afflicted by type 2 diabetes.

"People eating too much of the wrong kind of food, particularly fast food, is the other big worry. The damage done is pretty much irreversible once a person reaches midlife, so we urge everyone to eat healthy and get in shape as early as possible - preferably in childhood but certainly by early adulthood," added Cherbuin.

It was a known fact there was a relationship between type 2 diabetes and deterioration of brain function. The study discovered that loss of neurons and their functioning begin early in life, establishing a clear association between junk food and brain deterioration.