Protein-Rich Diet: US grown roasted pistachiosmeet the generally accepted definition as a 'complete protein', meaning they join the ranks of a small number of plant proteins such as quinoa, chickpeas, and soybeans that have become popular among vegetarians. 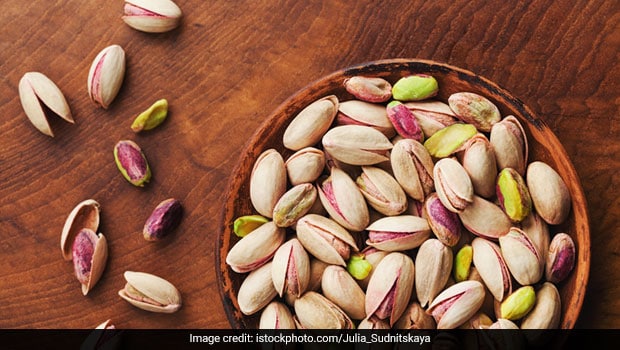 Protein Diet: Pista has all of the essential amino acids in adequate amounts

High-Protein Diet: Whenever we are asked to name some nuts, pistachio, almonds and cashew top the list. These nuts not only have several culinary usages, but also have several health benefits. If we speak specifically about pistachio, a native to regions of Central Asia, has a richer usage in desserts and beverages such as pista kulfi, pista badam milk, pista sweets and more. This nut is also very nutritious. It is high in antioxidants, good source of energy, low in calorie and a lot more. Adding on to this, a new analysis has shown that pistas can not only be touted as protein-rich, rather it is considered a source of 'complete protein', especially for those who want to shift from animal-based proteins to the plant-based ones.

As per a report in IANS, recently at the American Pistachio Growers Annual Conference in California, it was announced, "US grown roasted pistachios meet the generally accepted definition as a 'complete protein', meaning they join the ranks of a small number of plant proteins such as quinoa, chickpeas, and soybeans that have become popular among vegetarians."

The report says that pistachios qualify the definition of complete protein by U.S Food and Drug Administration. According to FDA, a complete protein is the food that contains "all of the essential amino acids in adequate amounts".

Nutritionist Nugel Mitchell, who has authored 'The Plant Based Cyclist', in this regard, stated that roasted pistachios, with adequate levels of all nine essential amino acids, can now be easily considered as a complete source of protein. The report said that roasted pistachios contain 81 per cent and 80 per cent of casein, the protein found in milk; with this, it meets the USDA definition as an alternate source of protein for school meals.

"Amino acids are the 20 building blocks of protein but nine 'essential' amino acids are not produced by the human body, so they must be obtained in food," explained Dr. Arianna Carughi, Science Advisor to American Pistachio Growers, the trade association for the US pistachio industry.

"The vast majority of plant-based foods is 'incomplete' proteins, so they are deficient in one or more of the essential amino acids; however, combining two complete proteins at once or, within a day, creates a complete protein. Roasted pistachios can now be considered a complete protein source for those who are over five years old," Dr. Carughi added.