The latest meme format to take social media by storm is the 'screaming pasta' meme, which has been attempted by users and brands alike. 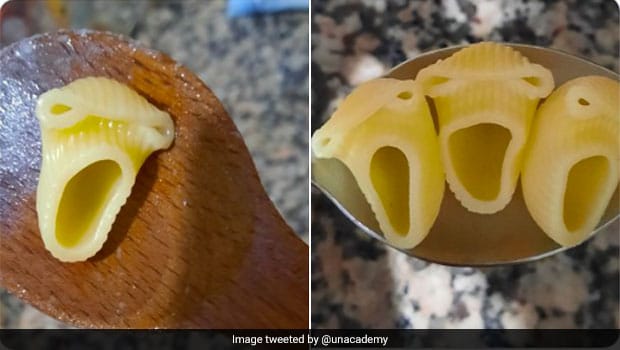 The year 2021 has begun on an eventful note, with a number of meme formats going viral in the very first week of the year. We recently witnessed the 'US vs India' meme trend taking social media by storm. Users created hilarious and quirky memes about how different the two countries in terms of how they respond to situations. Another meme format which has now caught the fancy of social media users is the 'screaming pasta' meme. It all began with a photo shared on Twitter by a user, which captured a funny-looking two-eyed pasta which appeared to be screaming. Check it out:

The user also shared a picture of three of the pastas in a single spoon in the same Twitter thread. The post went viral garnering thousands of likes, and that's when the 'screaming pasta' memes were born. Users combined the two images of the bizarre pasta shapes and created hilarious situations out of it. The trend spread over social media in a matter of days, and brands and companies too hopped on to the bandwagon. Companies like Zomato, Dunzo, Oyo and more made the most of this hilarious new meme format - leaving users in splits. Take a look at some of the memes by brands here:

Get on the trend wave, pasta than anyone???? #TwoEyedPastapic.twitter.com/ttUzQv04h1

Mention that one friend whose typing feels more like screaming.#TwoEyedPasta#Trending#Technology#DellIndiapic.twitter.com/XzkP8GKgv0

Users too shared their funny take on the 'screaming pasta' memes. Take a look at some here:

Me seeing pasta memes on my tl but not having any funny ideas to make some of my own pic.twitter.com/zActTh1l0B

Promoted
Listen to the latest songs, only on JioSaavn.com
— Arun Lol (@dhaikilokatweet) January 5, 2021

(Also Read: Twitter Foodies Give Hilarious Responses To 'My Quarantine In Six Words')

It's great to see how a simple food item has brought a smile on so many faces. Kudos to users for their creativity. What did you think of the screaming pasta memes? Tell us in the comments section below!

All About The Kolkata Tea Stall Selling Exotic Tea Worth INR 1,000 Per Cup
Mouni Roy's South Indian Feast In Madurai Is All Things Indulgent (See Pic)