A new study has suggested that a poor diet that is rich in junk food like chips, crisps may cause permanent damage to our vision. 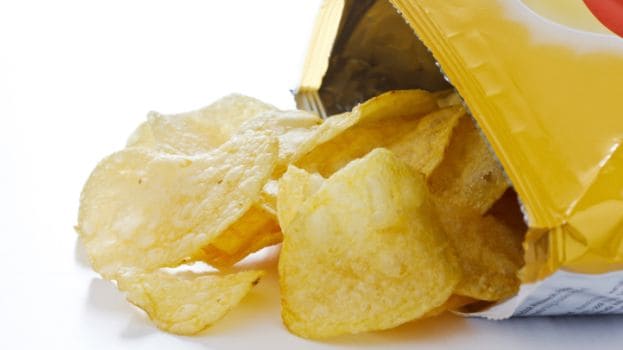 The quality of our diets may be linked with more than just our weights and waistlines. What we eat and what we put on our plates determines not just the quality of our life, but also our overall well-being in the short run and may even affect longevity in the long run. A new study has suggested that a poor diet that is rich in junk food like chips and crisps may not just affect our cardiovascular health, but may even cause permanent damage to our nervous systems, particularly our vision. The study, based on the case of a young patient at the Bristol Eye Hospital, talked about nutritional optic neuropathy, which is a dysfunction of the optic nerve, resulting in loss of eyesight.

The study titled, "Blindness Caused by a Junk Food Diet" was published in the Annals of Internal Medicine and the case of the patient was examined by clinician scientists from Bristol Medical School and the Bristol Eye Hospital. The teenager had reported tiredness, but the link between his diet and his vision didn't get picked up until much later. By then, the damage to his vision and his impairment had become permanent. The clinicians reported that the patient was a fussy eater, but he had a normal BMI and height and didn't show any signs of malnutrition. Additionally, he had macrocytic anaemia and low vitamin B12 levels, for which he was advised a corrective dietary course and intake of supplements.

Also Read: What Is Junk Food? Why Is It Bad For You?

A year later, it was reported that the patient had developed loss of hearing and vision, but no cause for these was found. By the time he was 17, the patient's vision had worsened to the point of blindness. It was later found that the patient had consumed a 'limited diet' of chips and crisps, as well as white bread. He also consumed processed red meat in the form of pork and by the time his condition was diagnosed, he had already suffered permanent loss of vision. A report on the official website of Bristol University also said that the patient had "low copper and selenium levels, a high zinc level, and markedly reduced vitamin D level and bone mineral density".

It was concluded that the junk food diet of the patient, coupled with low intake of nutritional supplements was the cause behind the onset of nutritional optic neuropathy.