Love Spicy Food? Eating Too Much Chilli May Cause Mental Issues

A recently conducted scientific study has claimed that a spicy diet may cause dementia. 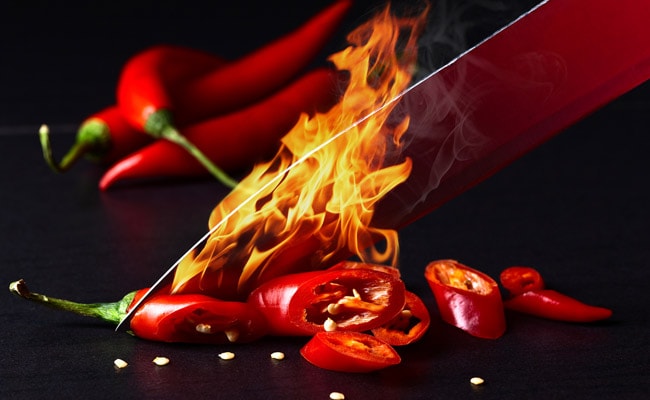 Over consumption of chilli is harmful

There is no spice in eating without that extra tinge of spice in our foods. Indian cuisine is famous for its spicy offerings in almost every meal. Green chilli, red chilli powder or black pepper, we mindlessly feed our body with a load of various spices. While it pleases our mind to a great extent, it may not be really good for the mind's health. A recently conducted scientific study has claimed that a spicy diet may cause dementia. For the unversed, dementia is a term used to describe deterioration of mental health. It may include memory loss, decline in reasoning or thinking ability or even more serious problems like Alzheimer's disease. Now, think and think hard before adding that another dose of spice in your meals.

The research that was published in the journal Nutrients, studied 4,582 Chinese adults, aged more than 55. It was found that those adults who regularly consumed more than 50 grams of chili every day, showed faster cognitive decline. It was also noticed that the problem was more severe among thinner people. People with low to normal body weight may be more sensitive to chilli intake as compared to overweight people.

(Also Read: How Can You Prevent Dementia?)

Spicy diet may cause dementia

Till date, spices in foods were considered healthy. Chilli contains a component called capsaicin, which is known to speed up metabolism, aid in fat loss and prevent vascular disorders. This is the first time that chili intake has been associated with brain impairment.

(Also Read: What Happens To Your Stomach When You Eat Over Spicy Food?)

Zumin Shi from Qatar University, who is the lead author of the study remarked, "Chili consumption was found to be beneficial for body weight and blood pressure in our previous studies. However, in this study, we found adverse effects on cognition among older adults. Chili consumption has been linked previously to weight and blood pressure control. Capsaicin is the active ingredient which helps in energy expenditure and fat oxidation."

Experts advise limiting the consumption of chillies to less than 50 grams per day to avoid any untoward consequence till further studies with confirmed facts come out.