Viral: A Reddit user recovered a pasta recipe from his garage, which was dating back to 1947. Take a look! 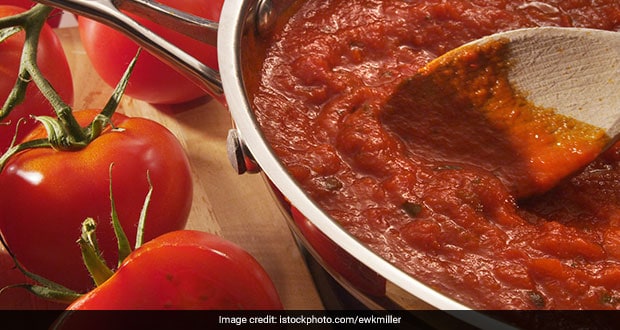 Pasta sauce can be made in a unique way with this Reddit user's recipe.

Pasta is a recipe which has become a global favourite. Whether it's spaghetti or Penne, Fusili or Fettucine, there are so many shapes of Pasta to try. There are also a number of delicious sauces that Pasta can be cooked in - from a tangy and flavourful Arabiatta to a cheesy Bechamel. The right kind of Pasta sauce can make all the difference to the dish, which is why chefs and experts take extra care to get it right. A Reddit user was surprised to find a recipe for a pasta sauce dating back to the year 1947. The envelope containing the 74-year-old relic was cleverly hidden in a nook in his garage. Take a look at the post on Reddit:

Found this hidden in the wall in my garage built in 1947. Family pasta sauce recipe from the original owners.

The Reddit post was shared by u/orestes77 in the sub-Reddit r/Old_recipes, where it received 2.1k upvotes and counting. "Found this recipe in my garage while removing some old peg board several years ago. I have not tried it, but thought this was the perfect place to share it," wrote the user in the Reddit thread.

In the image that he shared, we could see detailed instructions carefully handwritten on a piece of paper. The recipe could make three gallons or approximately 11 litres of pasta sauce! It also used some interesting ingredients such as celery salt, dry mustard and paprika which are not something you will find in most pasta sauce recipes today. The oregano was also missing from the 74-year-old recipe - as several users pointed out. "If there is anything you don't understand call I.L.0843 and ask for Bill Engleman," read the concluding note to the recipe.

Spaghetti sauce can be made interesting with this Reddit user's recipe.

The pasta sauce recipe instantly became the subject of attention among foodies on Reddit, who suggested that it may have been written for a large family or a restaurant's bulk order. "I love that the right tomatoes are so important they gave directions to the store," commented one user while another wrote, "thank you for sharing this, it's an awesome find!" One user also volunteered to transcribe and break down the recipe for three cups of Pasta sauce rather than three gallons.

Here Is The Full Pasta Sauce Recipe from 1947 By The Reddit User: