Viral Recipe: Thin crust pizzas don't get easier than this! A Reddit user shared a wonderful way of making a thin crust pizza at home within minutes. 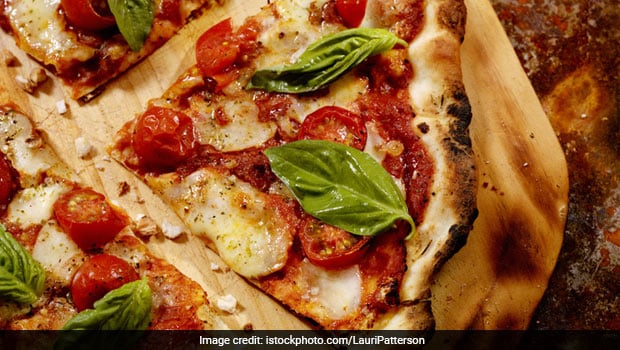 Viral Recipe: Thin crust pizza does not get easier than this viral recipe.

To say that pizza is loved by all would be an understatement. The Italian dish is a rage across the globe with many people reinventing the toppings and using what they like. Thin crust pizza particularly is something that pizza-lovers can't do without. However, the humble thin crust pizza often requires a lot of tedious preparation. For instance, kneading the pizza dough, stretching it to get the ideal texture, and baking it to make your own thin crust pizza. Well, the wait for an extra thin crust pizza got much shorter thanks to a brilliant food hack shared by a user on Reddit. Check it out:

Quick and easy tortilla pizzas on a work night. 6 minutes in the toaster oven. from r/foodhacks

The hack was posted on Reddit on the subreddit r/foodhacks, which is a 1.7 million-strong community dedicated to finding ways to make cooking easier. The idea was to make an extra thin crust pizza using store-bought flour tortillas rather than homemade dough. The user u/odetoburningrubber wrote in the post, "Quick and easy tortilla pizzas on a work night. 6 minutes in the toaster oven." The picture shared in the post was a tasty and delightful looking pizza topped with black olives and pepperoni. The texture of the flour tortillas had transformed into something completely new and unique!

What an ingenious way to make pizzas at home with minimal effort. Users couldn't get enough of the amazing-looking creation made in a matter of minutes. Other Reddit users also shared their excitement on reading about the hack. The post received 1.5k upvotes and 97% people upvoted the post. Several users poured in their own takes on making the thin crust pizza, such as using extra layers of flour tortillas for the base in order to make the crust more substantial. Others commented that they had tried making pizza with readymade pita bread too. One user suggested adding crushed nachos on top for an additional crunch.

(Also Read: Pizza On A Weight Loss Diet? Here?s A Keto-Friendly, Low-Carb Pizza That You Can Eat Guilt-Free)

Restaurant-style thin crust pizza can be made this easily.