SRK turns 55 today and we look back on his recent 'AskSRK' session on Twitter where he won our hearts again with his honest, witty, some humble answers. He also revealed his all-time go-to meal. 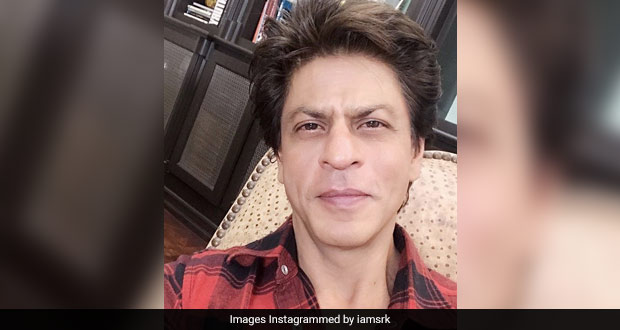 Superstar Shah Rukh Khan is celebrating his 55th birthday today! If not on screen, the Bollywood heartthrob manages to keep us entertained on social media. Shah Rukh Khan has a massive fan following on social media too; and his occasional 'AskSRK' sessions, similar to the common 'AskMeAnything' social posts, has been a hit. SRK returned to Twitter with yet another 'AskSRK' episode on October 27, and won our hearts again with his honest, some 'tongue-in-cheek' and witty, and some humble answers. In response to one of the questions, SRK also revealed his all-time go-to meal.

Shah Rukh Khan is presently in the UAE to support his cricket franchise team Kolkata Knight Riders (KKR) in the ongoing Indian Premier League (IPL). In his free time, he took to Twitter and launched 'AskSRK' to answer the fans' questions before building sandcastles with his youngest son AbRam.

Actually why not....let's have a #AskSRK for a bit then time to build a sandcastle with the little one.

A fan asked SRK if he could eat only three foods for the rest of his life, what he would like them to be. SRK replied: 'daal, chawal onions'. The simple Indian meal of daal, rice with a side of chopped, sliced or pickled onions is something we all relish. It was a surprise to find out that it was SRK's favourite meal too!

Another fan asked what they should eat to become like Shah Rukh Khan; which prompted SRK to quip with: "This is a joke....I read sometime back. I don't mean it, it's just a joke...' people say u r wot u eat, but I don't remember eating a legend ever"

When asked if he has finally finished learning to cook, the sharp-witted SRK replied with "Namak kitna daalna hai' is still a struggle honestly..."

SRK amused us again with his signature droll self-mockery. When a follower asked if he pays the bill at restaurants when he goes out with his non-celebrity friends, SRK replied, "Not related to being famous or not but they pay....I don't carry money".

Not related to being famous or not but they pay....I don't carry money https://t.co/UtJEUgcyes