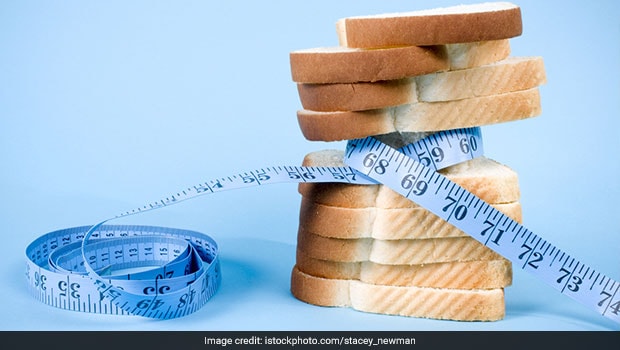 The purpose of carb refeeding is to prolong your adherence to your respective low carb diets.

Unless you've been living under a rock, you must know about the ketogenic diet, which has been making news since last year. The ketogenic diet is a low carb and high fat diet that has become trendy for weight loss. It's currently the most popular low carb out there, but it's not the only one. There are a number of other low carb diets, which promise weight loss, a boost in fat burning capacity of the body and increased metabolism, including the paleo diet. Low carb diets basically systematically reduce the amount of carbohydrates from a dieter's meal, in order to reduce their daily calorie count. Carb refeeding is popular with people following low carb diets and you might have heard about the term in context to keto, paleo and other diets. But what is it?

Carb refeeding, at face value, is just the process of periodically re-introducing carbohydrates in your meals, while on a diet. This definition makes carb refeeding look similar to cheat days or cheat meals, which essentially mean allowing yourself to indulge the food lover in you and gorge on your favourite carbs like pastas, pizzas and cheeseburgers. However, there's a difference between carb refeeding and observing cheat days and although, one can argue in the favour of both, the former maybe more beneficial for fat loss than the latter.

Carb Refeeding Versus Cheat Meals On A Low Carb Diet

The purpose of both carb refeeding and cheat meals is to prolong your adherence to your respective low carb diets. But both these dietary exercises come with different benefits and different results. Carb refeeding is a process that targets the hormone leptin, while cheat days target dopamine. Leptin is a hormone that regulates levels of hunger and satiety in the body. It is said to be secreted from fat cells and is said to signal the brain when the body is full. Meanwhile, dopamine belongs to a class of happiness hormones that are meant to reduce stress and uplift our mood. This is why cheating on your diet once in a while makes you feel so good.

Also Read: Low Carb Versus Low Fat: Should You Follow These Diets For Weight Loss?

When you're on a fat loss phase, you would be better off following a carb refeeding than observing a cheat meal, as the former focusses on the right kind of macronutrients that your body needs to boost its satiety levels. Another benefit of carb refeeding is that it gives a boost to your depleted muscle glycogen stores that are affected during the prolonged low-carb diet. A cheat meal, on the other hand, is rich in fats and can hinder your fat loss progress. The fat from the meal can get stored in your body and take you back to square one, rather than enhancing your progress.

Carb refeeding does not only help you physically stay fit, it may also help in keeping you mentally active and sound. How, you may ask? Because your mind and brain too reacts to what you eat. So, here are some benefits that carb refeeding may provide:

When And How Many Times You Can Go For Carb Refeeding

It's always better to consult your dietitian or nutritionist to chart out your carb refeeding schedule. The number of times of how often how you can go for carb refeeds normally varies from person to person and depends on an individual's height, weight and health condition. Although, there no fixed rules about carb refeeding, a general rule of thumb may be applied. Usually, nutritionists across the globe suggest the following-

Remember, the above-mentioned information may not apply or suit your individual needs. Set your carb refeeding targets as per your own bodily needs.

Foods To Eat For Carbs Refeeding

Try to focus on lean carbs with minimal fat and starch content. Some of these foods are - rice, roti, potatoes, fruits, grains like oats. Avoid heavy carbs like fried foods, cakes, breads, and heavy foods made of refined grains and flours. These foods have high fat as well as starch content. We know how much you love your pizza and pasta and those yummy desserts. Try to avoid them as much as possible and go for better, healthy carbs instead.

So, if you're on a low carb diet, you are better of observing a mindful carb refeeding day, than a cheat day. Consult your nutritionist for expert tips and advice on how to go about carb refeeding, in order to properly boost fat loss and metabolism.