Umami Foods For Weight Loss: Why You Should Add These Healthy Umami Foods To Your Diet

Umami is the fifth flavour of food after sweet, salty, sour and bitter, and according to some studies, it can help promote the feeling of satiety and aide weight loss. 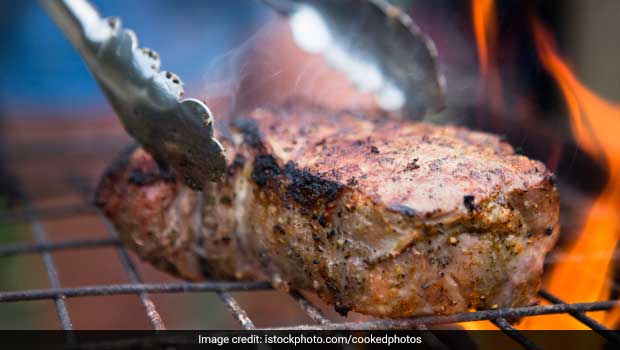 Highlights
There are a lot of factors that are to be taken into consideration when it comes to weight loss. To name a few, your body type and structure, metabolic rate, diet, meal timings, etc., are some important things that affect your rate of weight loss. However, have you ever considered how the flavours of your dishes may affect your weight? There's at least one particular flavour that may do much more to you than merely make you like your meals. Umami is the fifth flavour of food after sweet, salty, sour and bitter, and according to some studies, it can help promote the feeling of satiety and aide weight loss in those who consume it on a regular basis. In effect, umami foods and snacks can prevent over-eating or over-indulgence in food by promoting a feeling of great fullness after a meal.

What Is Umami Flavour?

This particular secret about the umami flavour was revealed after a study published in the American Journal of Clinical Nutrition, which concluded that umami flavour can make meals tastier and increase their satiety factor. So, what does it taste like? Umami is frequently described as a rich, savoury and meaty flavour, which you may have tasted from foods like olives, cheese, nuts, fish, mushrooms, cured meats, etc. Some experts believe that this fifth taste has developed as an imperfect means to detect proteins in a food. For the research study, scientists had asked 27 participants to eat the same breakfast and then asked one section of the participants to consume a high-protein soup with an MSG-enzyme combination, while the rest had soup without MSG.

CommentsAlso Read: Beware: 9 Dangerous Additives That May Be Lurking in The Food You Buy

Monosodium glutamate is a synthetic flavour-enhancer found in a lot of packaged foods. MSG is basically lab-created umami. In the study, MSG was used to give the soup the umami flavour, after which every participant was served the same lunch. Researchers then observed that people who had consumed the MSG-laced foods ate lesser portions of their lunch as compared to those who had plain soup. They, hence, came to the conclusion that umami may help in regulating hunger and make people consume smaller portions. So, if you wish to drop some kilos, you may want to consider adding more number of umami foods to your daily diet.

Just because foods with MSG have the umami flavour in them, doesn't mean that they are good for your weight loss journey. Synthetic flavour enhancers have, in fact, been found to be extremely detrimental to health. This is why it's important to recognise foods that have a natural umami flavour and consume only the ones that are healthy for you. Depending on your weight goal, body type, health status, food allergies and other factors, you may pick from a range of healthy umami foods to add to your diet. Umami flavour of food is credited to the presence of a type of amino acid, called glutamate, ribonucleotides, and inosinate and guanylate, which occur naturally in some foods.

Some of the healthiest umami foods include mushrooms, green tea, tomatoes, soy, potatoes, carrots, parmesan cheese, etc. However, overindulging in any of these foods can prove to be counter-productive and it's always advisable to consult a certified dietitian for a concrete weight loss diet plan.