7 Special Dishes Of Nagaland That Everyone Needs to Try

Not much is known about Nagaland, mountainous state in North East India, but it is definitely worth exploring, especially when it comes to its local cuisine.The traditional Naga cuisine is known for its variety and simplicity. 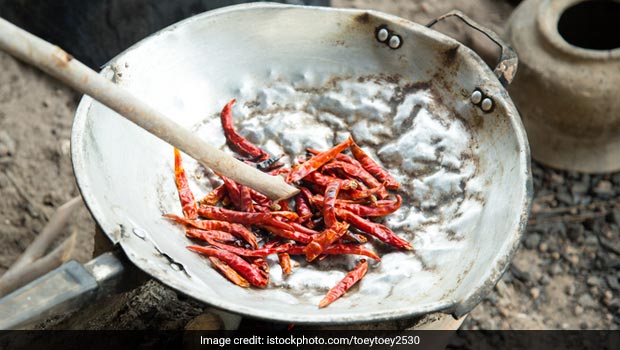 Highlights
Not many people know much about Nagaland, a beautiful mountainous state in North East India that is definitely worth exploring, especially when it comes to its local cuisine. A traditional Naga meal comprises of some kind of meat that is smoked, dried or fermented, rice as a staple and a host of home-made spicy sauces. Naga cuisine is known for its variety and simplicity. Just as their tribal culture and ancient traditions – their cuisine is distinct and stands apart from the rest of the regional cuisines in India. You will find many exotic ingredients such as fermented soybean, bamboo shoots and dry fish transformed into simple yet delicious dishes. Have a look at some of the most special dishes of Nagaland that you need to try at least once in your life.

Hinkejvu is a simple dish made with colocasia, shredded cabbage leaves, mustard leaves and some French beans. The ingredients are boiled in water and the real flavour comes from the assorted greens. Just a pinch of salt to taste is added. This dish is something that most Naga households would enjoy as part of their daily meal.

Naga cuisine is not just about the meats, they use a whole lot of local and exotic vegetables too. In fact, colocasia or arbi is a prized ingredient in Nagaland and all its parts such as stems, roots and leaves are used in various preparations. Akibiye is a simple dish made with colocasia and bamboo shoot which is mostly enjoyed by the Sema community in Nagaland. It has a thick gravy and goes best with rice.

Snail meat is popular in Nagaland. It is often included in pork dishes but this particular dish is a snail delicacy. The word 'akini' refers to perilla seeds and chokibo means snails. A bit of lard from the pork and fermented soyabean (known as Axone or Akhuni) are also added to the dish. Perilla is a type of wild herb that belongs to the mint family. The seeds are also used to derive the perilla oil.

Fermented soyabean is a staple in Naga curries and it is locally known as Akhuni or Axone in Nagaland. Moreover, pork is the preferred meat in Nagaland which makes this dish special. Akhuni comes in powdered or cake form and is used commonly in stews along with other vegetables. Another popular combination is the dried river fish with akhuni.

Bamboo is also a commonly used ingredient. One of most interesting ways to prepare fish in Nagaland, in this dish the fish is filled inside a bamboo tube with few spices and left to be smoked over fire. This allows the flavours to permeate and offers an aromatic dish. In another simple dish loved by the Ao community for its flavours, bamboo shoot is prepared with herbs and is known as Istuk.

(Also read: How to Use Bamboo Shoots)

This is the famous rice beer from Nagaland. The technique of fermentation is used quite often to prepare pickles and drinks in Nagaland. Zutho is one such fermented drink made with rice. This whitish and porridge-like drink is popular among the Angami Nagas.

Promoted
Listen to the latest songs, only on JioSaavn.com
7. Galho

Galho is a soupy concoction of rice and vegetables or meat. It is somewhat similar to a North Indian khichdi. It mostly used an assortment of seasonal greens and is flavoured with smoked pork or chunks of pork fat. A vegetarian galho is a very simple dish often garnished with just ginger-garlic or nothing at all.

CommentsNaga cuisine comprises of some very healthy dishes and hearty meals but a lot of them remain unexplored. Don't miss the opportunity, if you ever get a chance to try these dishes.