8 Strange Food Phobias You May Have Without Knowing It 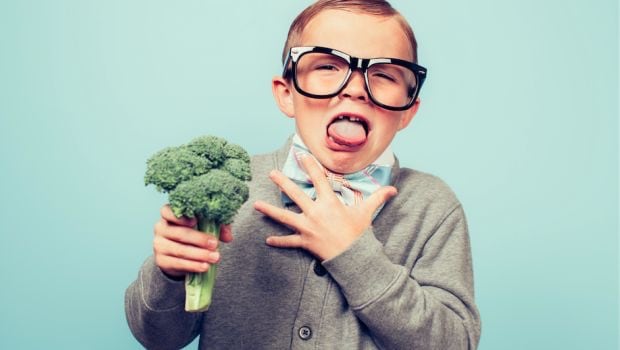 Highlights
We’ve heard of picky eaters and also those who don’t like to try new things, but certain food aversions can be a bit more serious. Some people may have to deal with food phobias in their daily lives that often arise out of a strong belief or fear of food. It’s hard to digest, but it’s for real. Sometimes food can scare you and in strange ways. The symptoms can be subtle or severe but they are often confused with mere dislike, a matter of habit or simply unnecessary fears. So, let us break it for you, food phobias do exist and here are eight of them that are quite bizarre.

If you cringe at the sight of vegetables and find it terrifying to put them down your throat, you could have lachanophobia which is the fear of eating vegetables! A common reason for this fear could be that you’re scared of ingesting a bug from these veggies or swallowing the seeds that may choke you.

No soups or a hot cuppa, please! In this case, you’d probably be paranoid about your food being served very hot and be obsessed about the fact that it will burn your mouth. On the other hand, frigophobia is the fear of cold things like ice cream.

Don’t like it when different foods touch each other on your plate? You could have brumotactillophobia! This phobia is believed to be a mild form of an obsessive compulsive disorder (OCD). You’d probably like to enjoy the flavours separately and feel that the plate looks cleaner that way. Well, of course!

Some people just hate the tongue-tingling sensation caused by sour and citrusy foods. It may make them feel nauseous and even dizzy! The fear of sour flavours is known as acerophobia.

Not everyone loves the meaty-texture of mushrooms and sees them as tasty addition to a bowl of pasta. For some, it may induce a fear of eating a poisonous fungus and even cause shortness of breath.

Believe it or not, some people would avoid having peanut butter at all costs because they fear it will stick to the roof of their mouth! No, we’re serious.

While not all of us may know how to use chopsticks but some people dislike them so much that they will probably avoid going to Asian restaurants for the fear of having to eat with chopsticks! Using chopsticks can be challenging but for some people the embarrassment may turn into irrational fears and even cause anxiety.

Really, can there be such a thing? Apparently, some people of fearful of trying cheese as they feel it may be rotten or mouldy or maybe hiding some kind of worms. Sigh! This fear may even extend to other dairy products like milk or cottage cheese which most people tend to dislike.

CommentsMost of these could just be intense fears for something that may not pose real danger. So, do you think you have any of these food phobias?