Tiretta Bazaar in Kolkata, also commonly referred to as Old Chinatown, might well be the starting point of Chinese cuisine in India. The place is a wonderful spot to explore this facet of Kolkata's diverse food offering. 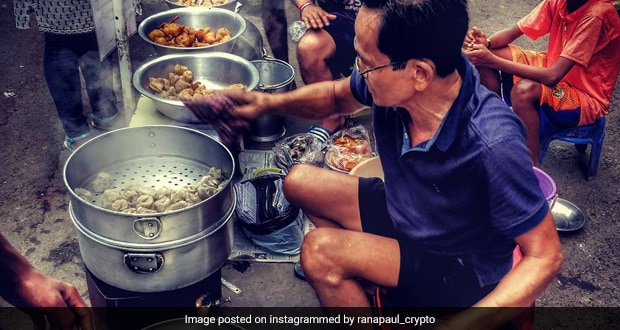 It's 7 am on a hazy winter's morning in one of my favourite cities in India. A vendor in a busy street market poses for me as I shoot a video of him weaving magic with a ball of dough. For many casual onlookers, this might pass off as a regular scene in an Indian street market. Nothing is farther from the truth. Tiretta Bazaar (or Tiretti Bazaar) in Kolkata, also commonly referred to as Old Chinatown, might well be the starting point of Chinese cuisine in India.

I couldn't have picked a better time to be in Kolkata. While most of the Chinese New Year action might have shifted to the city's Tangra area or New Chinatown, this is still the spiritual hub for the city's Chinese community. It all began with Tong Atchew or Yang Da Zhao in the 18th Century when Warren Hastings served as the British Governor General. He became the first member of the community to arrive and remains a local legend. The Chinese - mostly Hakka and Cantonese, are an intrinsic part of Kolkata's rich history. One of the many fibres that make up the tapestry of Kolkata's multi-cultural heritage, have also shaped the city's food culture.

Tiretta Bazaar is a wonderful spot to explore this facet of Kolkata's diverse food offering:

Tucked away in a tiny lane (Pears Lane) near Tiretta Bazaar, it is one of the newer Chinese restaurants in this area. It's here that I catch up with Chef Peter Tseng who now helms Soy Soi (an upscale Pan-Asian restaurant brand in Chennai and Gurgaon) and his cousin Robert Hsu who is the Secretary of the Indian Chinese association. Sei Vui is housed in a heritage building that still functions as a social club for the community. Robert remembers this space as a meeting ground for the community where elders would bond over a game of mah-jong. Sei Vui will remind you of an old-school Chinese restaurant in India with its cosy interiors and a large Chinese fan serving as a key design element. We tried some of the quintessential favourites with the community at this restaurant including the Fung Mei Mian (Noodles in sweet soya), the Prawn Tausi (cooked in black bean and fermented beans), a vegetable casserole (that is also referred to as Lohan Cai) and the Ham Choy, a slightly salty dish that combines chicken with the goodness of spinach. It's the black bean sauce that caught my attention and led me to the next stop.

It was the well-informed concierge at ITC Royal Bengal that directed me to Pou Chong Brothers and Sing Cheung Sauce Factory that both date back to the 1950s. If you love Chinese cuisine or have your own wok where you toss up Chinese dishes, both these shops are paradise. From hoisin sauce to black bean sauce, you can find it all here at prices that will surprise you - I bought eight bottles of assorted sauces at Sing Cheung and ended up with a bill of less than Rs 300. Make time to visit Hap Hing Co, Chinese Provision & Medicine stores, one of the oldest stores in Chinatown where locals usually buy tea and rice noodles.

This is street food at its very best, unfiltered and with flavours that haven't been modified as much for the Indian palate unlike the Indian-Chinese we've grown accustomed to. You have to get here early; if you're visiting Kolkata, I'd recommend catching the sunrise at Victoria Memorial (the best time for photography here) and then heading to this market by 7 am. This is essentially a fresh food market where you'll find everything from chicken to spinach (you'll be amazed at the sheer variety of greens here). There are more food stalls on the weekend but you'll still find quite a few options during the week like I did. One of the most fascinating discoveries was the Ham Jeen piang (fermented yeast dough batter) mildly sweet and studded with sesame seeds and the Youtiao or Chinese crullers that will remind you of doughnut sticks, a breakfast favourite that also makes a great soup accompaniment. While some of the stalls are managed by the Chinese community, many of them (like the one I tried the Youtiao) are now run by Indians who've mastered these recipes. The dim sums are legendary here too. Try the Char Sui bao and the fish shumai while you're here.

Many of the restaurants in the area have stood the test of time. The pot stickers at D'Ley are a crowd favourite. If you enjoy your pork, try delicious chilli pork or char sui roast pork or the pork with red wine sauce at Tung Naam; the restaurant's fish with vegetables is also one of its signatures. There's Eu Chew on Bentinck Street that serves a popular Chimney soup.

Once you've explored Kolkata's old Chinatown, you can move on to Tangra, or the new Chinatown where a long list of Chinese restaurants and dining experiences await. It's why Kolkata is truly a gourmand's paradise.