Good food can not only keep you satisfied and happy but also bring lots of good luck. According to Chinese and Thai traditions and many other cultures around the world, eating certain foods is known to turn your fate around. 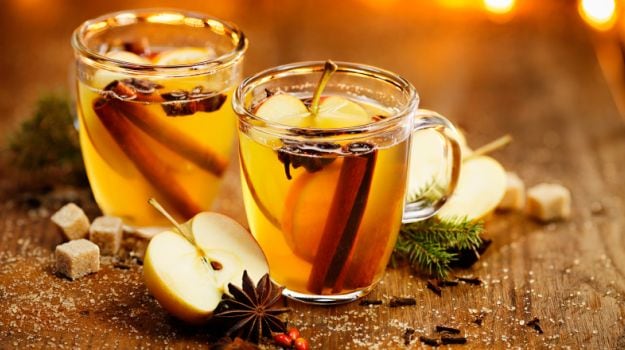 Highlights
Good food can not only keep you satisfied and happy but also bring lots of good luck. We're serious! According to Chinese and Thai traditions and many other cultures around the world, eating certain foods is known to turn your fate around. The delicious treats have a unique significance that is deep rooted in century old beliefs. Whether or not you believe in them, it's worth giving them a shot. You don't have anything to lose but rather a whole lot of festive food to gorge on. Who can say no to that?

Here are list of Good Luck Food for New Year

1. Green vegetables: Those dark green vegetables might be way too healthy for you, but it could help to enjoy a plateful this New Year's Eve. A lot of cultures from the United States to Europe believe that the green colour of vegetables such as beans or spinach symbolizes money. So, the more you eat, the more you would probably make!

2. Lentils: In Italy, a particular dish called Cotechini Con Lenticchie is enjoyed on New Year's Eve. It is a mix of lentils and sausages and it is believed that since lentils resemble tiny coins, this dish can bring wealth and prosperity in the New Year! Moreover, lentils are known to become plump when soaked and cooked in water which could signify increasing wealth.

3. Long noodles: You may have heard of this popular ritual in China. Here, the New Year Dish comprises of long and slick strands of noodles that symbolize longevity. The tradition is not to break or cut them while cooking or eating and swoop the whole noodle in.

4. Pomegranates: Pomegranates are revered in Turkey as a sweet and juicy New Year fruit. Their ruby red hue is representative of the human heart and signifies life and fertility. Similarly, apples are symbolic of love and fertility too and cider is quite a New Year's drink. Figs are also considered a symbol of fertility and are used in many New Year desserts such as the special fig pudding enjoyed in European countries.

(Also read: The easiest way to de-seed a pomegranate)

5. Fish: Fish is considered to be one of the luckiest foods for New Year. It is believed in many cultures that the silvery and shiny fish brings good luck, wealth and prosperity. Fish are known to lay many eggs which signify abundance and so, you may find many people enjoy seafood dishes during New Year. How about some delicious fish dumplings for your New Year party?

6. Nuts: Nuts are symbols of new life and are often used for gifting during New Year to wish your friends and family a lucky start. They are often stuffed in sweet cakes for Christmas and sprinkled over many festive desserts and other treats. In fact in some cultures, a special cake is made with nuts and real coins stuffed into it to bring in the New Year. You may have noticed that mostly ring shaped cakes are prepared during New Year as a symbol of continuing prosperity.

Nuts are symbols of new life​

7. Oranges: Golden fruits such as oranges and tangerines are considered to be lucky according to Chinese tradition. Tangerines represent wealth while oranges are known to bring good luck. These fruits are popularly used while celebrating the Chinese New Year. Given their plentiful harvest during this time of the year, these citrus fruits also signify abundance and happiness.

8. Grains: Certain grains such as rice, quinoa and barley hold a special place in New Year celebrations and are deemed to be lucky. According to some traditions, cooked rice is the first thing that one should eat to bring in the New Year and attract lots of good luck. As per Indian Mythology, rice grains are known to soak up all evil energies and bad omen and fill your lives with good luck.  Therefore, rice grains are also used in many religious ceremonies in India.

Promoted
Listen to the latest songs, only on JioSaavn.com
9. Grapes: In countries such as Cuba, Portugal and Spain, the sweet grape fruit is regarded as a lucky food for the New Year. Some suggest that you must eat one grape for each chime of the clock on the last day of the year to bring good luck, while others make a special wish for each of the twelve grapes that they eat.

The sweet grape fruit is regarded as a lucky food for the New Year.

10. Corn: Preparing the corn bread is a popular New Year tradition in the United States. The bright hue of the corn kernels is known to be a symbol of gold. The more kernels you add, the more good fortune you may bring into the next year.

The more corn kernels you add, the more good fortune you may bring into the next year.

CommentsIn most cultures, it is suggested to eat these lucky foods on New Year's Eve 2017, i.e 31st December, for a fresh and prosperous start. So, this time around, have some fun with food.