A Secret Ingredient That Turmeric Milk Is Incomplete Without

We know the advantages of drinking turmeric milk but the question is how well do we know the ingredients (turmeric and pepper) that go hand in hand to make it a powerful combo? 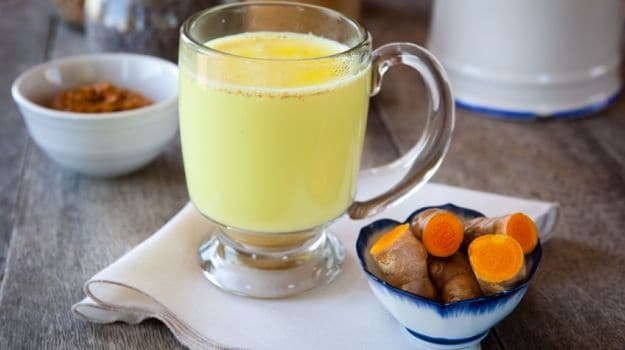 While everybody's been talking about the trending 'yellow milk' or 'turmeric latte' becoming a widespread phenomenon in the West, it is also true that back home, many Indians are not so happy about how our traditional, thousand-year old practice has suddenly been hijacked by the West. There may now be variants of our haldi doodh worldwide, which are using nut, coconut or almond milk with a dash of ginger, honey, cinnamon and other spices, but we like to keep it simple and take full advantage of the benefits of our very own haldi doodh that has been forced fed by grandmothers all over India (because grannies knows best, right?). We know the advantages of drinking haldi doodh, but the question is how well do we know the ingredients (turmeric and pepper) that go hand in hand to make it a powerful combo? Let's go through the ancient books and also get a little scientific about this magical age-old formula.

Turmeric has been used as a spice and a medicinal herb for centuries. It is widely cultivated in India, and contains compounds with medicinal properties. These compounds are called curcuminoids, the most important of which is 'Curcumin'.

'Curcumin' is the main active ingredient. It has powerful anti-inflammatory effects and is a very strong antioxidant. It offers numerous other health benefits like being an antiseptic, anti-fungal, anti-bacterial agent. 'Curcumin' is a bioactive substance that fights inflammation at the molecular level and may be as effective as any pharmaceutical drug without the side-effects. But on the other hand, when used alone, 'Curcumin' cannot be utilized effectively in the human body because of its poor bioavailability.

The most important compound in turmeric is Curcumin. Photo Credit: iStock

Peppercorns are grown from the fruit of piper nigrum evergreen vine that gives us black, green and white peppercorn. We get black peppercorn when it is plucked just before ripening and left to be fermented and dried. As well as being used as a spice, black pepper also has many medicinal purposes.

The most active component of black pepper is called 'Piperine', it is the chemical that give black pepper its distinctive kick. It also known for its antioxidant, anti-inflammatory, and anti-tumor potential and is also used to treat gastrointestinal distress, pain, inflammation and other disorders. It inhibits drug detoxifying enzymes which increase the bioavailability of any compound.

Why add black pepper to create the magical combo?

Just as your masala chai and biscuit go hand in hand, so does black pepper and turmeric. It is beneficial to have black pepper with turmeric because it helps the body absorb turmeric. And here is exactly how: It enhances the bioavailability of turmeric, as mentioned above 'Curcumin' has low levels of bioavailability. Most of it that is ingested gets metabolized before it can get absorbed. Piperine is said to help make 'Curcumin' more bioavailable. This could be because it inhibits certain intestinal digestive enzymes. This increases the amount of any drug or supplement that can be absorbed by the body. They also do not get degraded quickly.

When combined together, black pepper and turmeric can relieve gastric mucosal damage caused by peptic ulcers, they both have antioxidant benefit which helps in improving memory loss and protect people from cognitive impairment from neurodegenerative diseases like Alzheimer's.

So remember to always use a dash of pepper in your 'haldi doodh' instead of getting carried away with all the namesake fancy variations of this traditional drink. The simpler, the better. Just like how our grannies would have wanted it.