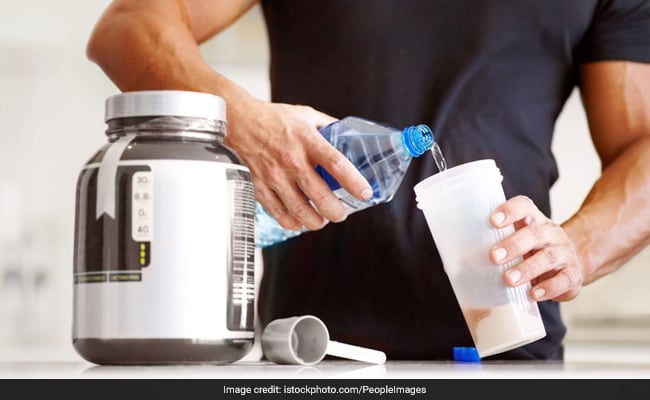 Protein shakes are rich in BCAA which may have harmful effects

Protein is a crucial nutrient for humans, as it helps in building and maintaining muscle mass. Our daily diets are often incapable of supplying our bodies with adequate amounts of protein every day, which is why a majority of population, especially in largely vegetarian communities, are protein deficient. In such a scenario, protein shakes are particularly popular and people often add whey protein powder in their drinks like milkshakes and smoothies to compensate for the lack in protein in their diets. However, a new study has indicated that protein shakes loaded with commercially available protein powders may do more harm than good. The study said that these protein shakes may impact longevity negatively, apart from leading to weight gain and also impact mood.

This is because these protein powders are rich in branched-chain amino acids (BCAA), which although may help one bulk up or may deliver muscle-building benefits, also come with a host of disadvantages for our health. The results of the study were published in Nature Metabolism and it was lead by researchers from University of Sydney's Charles Perkins Centre. Perhaps the scariest fallout of consuming excessive protein powders rich in BCAA, is the impact on the consumer's lifespan. The study was titled, "Branched-chain amino acids impact health and lifespan indirectly via amino acid balance and appetite control". The study said that BCAA can reduce a person's lifespan and may increase risks of obesity. The research also looked at the complex role that nutrition plays in regulating various aspects of metabolic health, including reproduction, ageing and appetite.

Protein powder consumption in excess may have unprecedented side-effects

The study was conducted on rodent subjects, who were fed double the amount of BCAA's (200%), the standard amount of BCAA (100%), half the amount or 50 per cent and then one-fifth the amount (20 per cent). It was observed that mice that were fed double the amount of BCAAs ended up increasing their food intake, which resulted in obesity and a shortened lifespan. An increased level of BCAA in blood was seen to compete with tryptophan for transport to the brain which affected the levels of serotonin of the happiness hormone, in the brain. This is because tryptophan is the sole precursor of serotonin, said researchers. Lowered serotonin levels, signaled an increase in appetite, making the subject mice prone to overeating and increased risks of obesity.

In a report on the study, published on University of Sydney's website, researchers suggested replacing BCAA-rich protein shakes with a variety of protein sources through a healthy and balanced diet, rich in a wide range of amino acids.