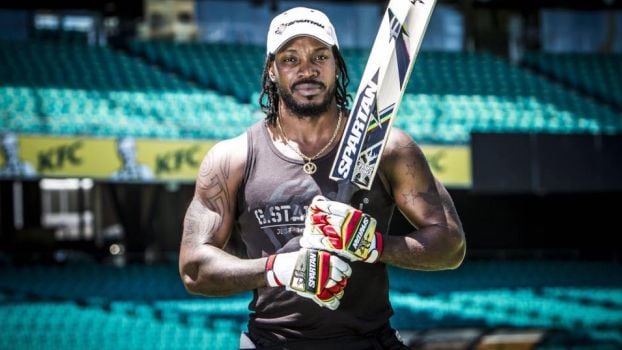 Chris Gayle is a menace for bowlers all over the world, and can single-handedly demolish the opposition’s morale. He is a Jamaican cricketer who plays international cricket for the West Indies. He is referred to as one of the most powerful batsmen in limited-overs cricket. He is one of the only four players who have scored two triple centuries at Test level: 317 against South Africa in 2005, and 333 against Sri Lanka in 2010. He is known as a big hitter, often hitting sixes. In 2012, he became the first player to hit a six off the first ball of a Test match.

Chris Gayle is one of the most entertaining cricketers and he is not only known for his remarkable and outstanding batting but is also loved his full of life personality. One of the only two batsmen to have scored a double hundred in a World Cup tournament, Gayle was a member of West Indies’ winning party in ICC World T20 2016 earlier this year. Recently, the batsman revealed the source of his unstoppable energy and stamina.


Gayle has shares that he manages to take ample rest and has his own ways to set a time-table for himself to toggle between partying, working out and taking rest in between to keep himself up. In one of his interviews Gayle shared, that he gives sleep great important and says that as if he's not playing, he's either training or sleeping. Besides being an amazing batsman and a party animal, Gayle is also a fitness freak.Gayle’s fitness regime

Gayle admits that keeping fit is extremely important to him. He spends a lot of time at the gym doing strength training and also does a lot of dancing for cardio! He keeps himself active by working on his muscles and also practicing intensity and hit balls in the nets.

Listen to the latest songs, only on JioSaavn.com
Though Chris Gayle loved eating pasta, he also makes sure to follow the old fitness mantra of eating a good healthy breakfast with seasonal fruits and vegetables. He consumes lots of fluids throughout the day to keep himself hydrated through the day. Other than the pasta, Gayle also loves Caribbean cuisine.