Cooking with Winter Berries: 4 Ways to Make the Most of Them 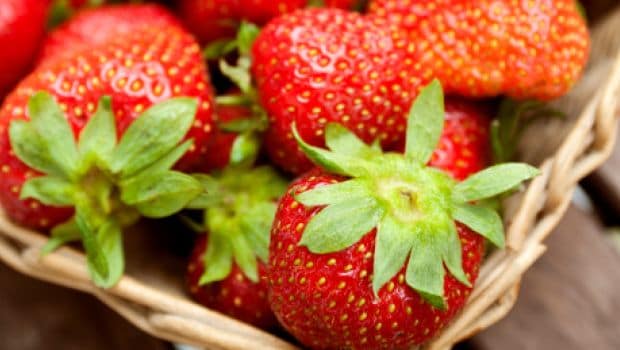 Highlights
Every time November comes around, I start getting excited about all the wintry produce that makes its way into my kitchen. There's delicate, pearly ponkh, and sturdy sweet-fleshed yams. There's mogri (rat-tail radish), and amba haldi, which looks and tastes like a cross between ginger, turmeric and mango. Fresh leafy greens such as sarson and bathua pile up in my vegetable crisper. My lovely Gujarati neighbour sends around a bowlful of homemade undhiyu.

And yet, winter wouldn't be winter without the profusion of berries that swell my shopping bag, every time I return from a visit to my fruit vendor. Nothing appeals to me quite like a plate of scarlet- tinged strawberries at breakfast. A close second comes the tongue-tightening amla, and the latest entrant, the (slightly insipid but bursting with health) blueberries. I'm also a huge fan of cape gooseberry, or what my fruit vendor calls rasbhari. And sometimes, just sometimes, the summer berry too - mulberry, juicy and blackly- purple in colour, with a restrained, vanishing sweetness.

Winter wouldn't be winter without the profusion of berries. Photo Credit : Istock

With such a surfeit flooding my home, there's not much I can do to resist the lure of cooking them. I pour them into jams and preserves, scoop them into homemade ice-creams, add them to leafy salads for a pop of flavour, toss them with creamy yoghurts and crisp muesli for breakfast, and cook them into compotes that I eat with pancakes. The amla I fortify with sugar, saffron and cardamom, and boil into a murabba (superb when eaten with hot theplas). The rasbharis become a chutney that I eat with parathas, or get baked into tarts. Meanwhile, the strawberries are juiced into a phirnee, stirred into sludgy rice puddings, or crowned with sugar and thick, fresh cream a la any self-respecting Panchgani.

One of my favourite strawberry recipes is an old-fashioned English one, considered a bit stodgy now (but still always delicious!). This is the Eton mess, traditionally made with strawberries that sit atop a bed of meringue, fruit and whipped cream.

Preheat the oven to 100 degrees C. Meanwhile, whisk egg whites in large bowl until medium soft peaks form. Spoon in 125g caster sugar in dribbles, while keeping on whisking. It is better to use an electric mixer for this. Similarly, add the icing sugar. Keep whisking for five-six minutes until mixture is glossy. Place on a lined baking tray, piped into whatever shape you like, and bake for two hours or longer until it is crisp and crunchy and dry. Allow to cool; that's your meringue sorted.

In the meantime, melt 250g of the caster sugar in a large frying pan, then add 6 cups of the strawberries, and cook for a few minutes till the fruit softens. Then blitz into a puree in the mixer. Cool. Chop up the remaining two cups of strawberries. To serve, lay the meringues in a bowl, then pour the puree on top, layer the whipped cream, and finally decorate with the chopped strawberries.

This is a rather quick, easy chutney that is made from cape gooseberries. I use Kolah's vinegar, available in Surat, and Parsi- owned food stores, but at a pinch, any vinegar will do.

Melt the sugar in a frying pan. Meanwhile, mash the gooseberries roughly until slightly softened but still chunky. Simmer until the sugar has melted fully into the fruit. Add in the remaining ingredients, simmering until it reaches the consistency of a chutney. Cool, and serve.

I don't find the shy sweetness of blueberries very appealing, to be honest, but they are healthy, and so I pop them into this quick and easy mousse concoction. A word of caution though - the egg whites are not cooked, so if you want to attempt this recipe, make sure the eggs are organic and pasteurised.

Whisk the egg whites in a big bowl until they rise into soft peaks. In another bowl, mix the cream and sugar; this too, should form gentle peaks, not stiff ones. Fold the whisked egg whites into the cream peaks, and cool for a few minutes.

In the meantime, put your blueberries in your serving bowl, and drizzle the lime juice evenly over them. Layer the mousse on top. Top it with chopped up nuts or shaved curls of chocolate, if you like.

This is an easy but rather decadent recipe that only seems suitable for the crisp, cold days of winter. The cream is very versatile — you can pair it with any stone fruit or berry, or even layer it on cakes.

Mascarpone cheese 160g
Crème fraiche 270g
Caster sugar 50g
Gooseberries 400g, topped and tailed (If they are not sweet enough, pop them in a pan with some sugar, and simmer for about ten minutes. Use this as a base instead).
Vanilla essence 2 tsp

Combine the mascarpone and crème fraiche, and beat  them until they have been fully mixed. Add the sugar and vanilla essence next, whisking all the time until just combined. Put in the fridge to cool. To serve, simply layer the cool cream over the fruit.

In my house, winter isn't winter without the comforting smell of baking wafting through it; the intensely satisfying creaminess of kheer or sooji; a heaving spoonful of murabba. All these things are delicious anyway of course. But it is only when enriched with berries, that their innate luxuriousness gets tempered with a gentle delicacy, thus making each dish simultaneously sustaining and feather-light.