From cloud kitchens to the emergence of 'small plates' concept, these food trends defined India's food scene in the last decade. 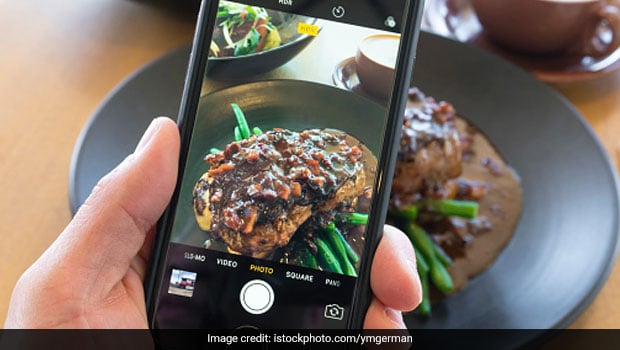 Popular Food Trends Of The Decade

We'll probably say this about every decade, but the 2010s arguably saw more defining food trends than any other decade in India. Multiple factors were at play - from the foodporn hashtag on Instagram (214 million posts and counting) to cloud kitchens to feed hungry Indians, who ordered food on aggregator Apps on impulse and when hunger struck. I'm glad I was part of this ride and so is each one of you who is reading this; we've all contributed in our way to these trends that defined a whole decade.

Popular Food Trends Of The Decade:

I prefer cloud kitchens to 'dark kitchens' (a term used commonly in the west) to describe kitchen establishments that don't serve diners at a restaurant but cater to food aggregators like Swiggy and Zomato. It gave small players with great culinary pedigree a chance to shine without the huge overheads associated with restaurants but also raised questions about the hygiene standards at some of these kitchens given that customers could never visit them.

Micro-Cuisines Get Their Due, Finally!

A Korean dessert cafe in Chennai (Cafe Mori) or an Ethiopian restaurant in Pune (Abyssinian), diners got a taste of rare cuisines as Indians began to travel more and experiment more with food. Thankfully, it wasn't restricted only to International cuisine. From Kongunad cuisine in Tamil Nadu to Kayasth khaana, many of India's micro-cuisines got their due as pop-up restaurants and food experiences began to expose India's Epicurious to the country's sheer depth and breadth of cuisines and culinary cultures.

Diners began to ask the source of their food - especially fish and meat. Farmed Basa (fish) hate clubs emerged - a clear sign that some diners (not just food snobs) wanted fish to taste like fish! Chefs began to work with local ingredients instead of importing ingredients that wasn't always fresh and also added to your carbon footprint. One of the best Italian meals I tried this year was at Alba at JW Marriott Bengaluru where the chef works with locally sourced seasonal ingredients.

For a country that's no stranger to vegetarian food and yet loves its milk and dairy products, vegan diets have begun to catch on. Many Indians added to the buzz around the 'Game Changers', a Netflix documentary that made a big pitch for 'Veganism'. Milk substitutes like almond and soya milk began to appear on supermarket shelves demonstrating that there were quite a few Indians who were ready to give their favourite paneer a miss.

(Also Read: Decade-End Special: Top Diets That Made Their Mark This Decade; Which One Do You Follow?)

More and more menus in upscale restaurants feature signs that alert diners with allergies. From nuts to dairy to shellfish, you probably ran into more people with allergies who had switched to special diets (like gluten-free diets).

Small Plates And The Emergence Of 'Social' Dining Spaces

I still remember my first meal at The Table in Mumbai at the beginning of the decade with its emphasis on small plates. The restaurant was one of the pioneers of sharing or small plates, a trend we've seen spread across restaurant formats and cuisine types. Social dining spaces became a buzz word and some fine new restaurants like Comorin in Gurgaon rode on this wave.

Millets were one of the many Indian super foods that made a stunning comeback from the verge of extinction in urban diets. More so in states like Karnataka and Tamil Nadu, where home cooks and restaurants went back to millet-based versions of staples like idli, dosa and upma. Indian ingredients that wowed the rest of the world like Moringa and Amaranth got their due too.

The worrying increase in cancer and other health ailments prompted soul searching amongst many urban Indians who began to question the source and possible chemical additives to many of the products on their dining table. Organic stores became a neighbourhood phenomenon - from milk to wheat, to spices, to vegetables and to packaged foods, consumers began to make the switch to organic ingredients. However, the certification for many of these products (especially non-branded products like milk or vegetables) remains a concern.

The Rise of Foodporn

Instagram shaped food more than any other single phenomenon through this decade, and India was no exception. Food presentation got better, even at the most nondescript restaurants as we began to choose dishes that would garner more likes on Instagram or Facebook over dishes that pleased our soul. Equally many fine restaurants like Indian Accent in Delhi and Avartana at ITC Grand Chola Chennai and Masque in Mumbai began to push the boundaries for food presentation for Indian cuisine.

Latte Art, freakshakes, charcoal drinks; all terms we first heard in the 2010s. It wasn't just food that got prettier, drinks (we'll leave alcoholic drinks for another day - a lot changed there during this decade too) got creative and looked better on camera. Even family restaurants needed to up their game on their 'mocktails' as Indian diners got more demanding.

Carbs Go Out Of Fashion

The decade had its share of fad diets, including Intermittent Fasting (or just IF), Keto and Paleo diets, but even as many diners changed these diets faster than their favourite pair of jeans or smartphone, one thing was quite clear - carbs became a bad word for many dietitians and gym fiends, alike.

Diners kept looking for healthier options for traditional favourites. The list of substitutes kept increasing - from jaggery or palm sugar (instead of polished white sugar) to cold-pressed oils (instead of processed oil) and to traditional (unpolished) rice varietals, many Indians went back to their roots.